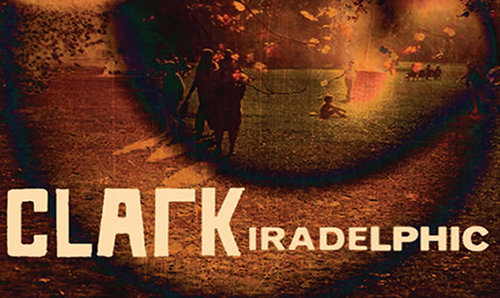 Warp have posted up a new cut from that LP, titled ‘Secret’. Martina Topley-Bird – soon to be reuniting on stage with Tricky – lends her dulcet tones to the track. Speaking about Topley-Bird’s contribution, Clark said: “I’ve wanted to get Martina on a track for a while now, but really wanted a proper hook/melody and set of lyrics for her to sing, rather then doing that cliché producer thing of going ‘sexy female vocals chopped up over fat masculine beats’”

There’s little fatty, or even masculine, about ‘Secret’. It’s about as close as Clark’s ever got to an acoustic number: Topley-Bird’s voice peals out over a dreamy gypsy-jangle and the filtered rattle of a tambourine. You even get – wait for it – a pleasant bossanova interlude. When the unsettling growls and grrs eventually arrive, they’re pretty muted. All in all, it’s a world and a half away from the crank-and-grind of Turning Dragon or Totem Flares.