Estelle: All of Me 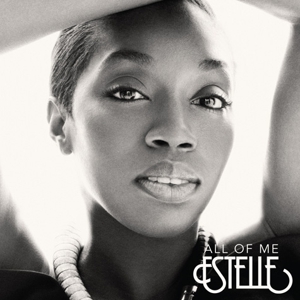 Comparisons to Lauryn Hill have accompanied Estelle Swaray ever since her emergence into the mainstream back in 2004. They’ve always been more lazy than accurate, illustrations of how easily a female artist who both raps and sings can short-circuit the media hivemind: her proficiency in two modes of delivery apart, Swaray’s casual insouciance could never have been mistaken for Hill’s lofty preaching (no knock on either). Still, Estelle herself has never seemed overly keen to distance herself from being placed alongside one of the greats of hip-hop – and lately has been found actively courting it. “I just wanted to pull out The Miseducation again,” she raps on ‘Speak Ya Mind’, before telling Essence magazine that any similarities between that classic and her third album, All Of Me, are “on purpose”.

Unfortunately, the most obvious surface similarity is Estelle’s decision to pepper All Of Me with interludes where she and a few friends muse on their relationships in tedious, navel-gazing detail, as though the classroom discussions about love weren’t Miseducation‘s sole flaw. Luckily – unlike with Miseducation – they can be programmed out to reveal a trim, fat-free and wholly impressive album. The mood is breezy and unforced, with the transatlantic glide that characterised Estelle’s 2008 breakthrough album, Shine, as relaxed as ever.

On ‘The Life’, co-produced by Wizzy Wow, Estelle reaffirms her international status by riding rattling percussion and buzzing bass with aplomb: switching between cocky rapping and soaring choruses, Tinie Tempah references and art gallery boasts (“I am a classic, yeah I live at the MOMA”) at will, it’s a formidable way to reclaim her global territory. Similarly, the album ends with an irresistibly ebullient double whammy of self-affirmation with ‘Speak Ya Mind’ (life lessons rapped over old-skool ’90s breakbeats) and ‘Do Ya Thing’ (handclaps, horns, girl-group backing harmonies and an energetic guest spot from Janelle Monáe).

In between, you find yourself wondering how Estelle can convey the complexities and contradictions of love so effectively in song compared to the banality of her interludes. Starburst vocals decorate a trip down memory lane on ‘Love The Way We Used To’. Uncertainty and doubt run through the lyrics of ‘Break My Heart’ – the title itself is a harbinger of darker days – but the dreamy swoon of the music perfectly captures the feeling of giving in to an unwise crush anyway. Of course, it’s a foreshadowing: the next track, ‘Thank You’, is Estelle’s rawest performance to date, her voice cracking along with her façade of insouciance as she attempts to  move on by casting heartbreak as a necessary rite of passage in the process of growing up. By the end, she’s almost convinced herself – and you – that it was all for the best.

You’d never guess that four years – an eternity in major label terms – had elapsed since Estelle’s 2008 worldwide mega-hit ‘American Boy’, nor the multiple failed singles along the way that have put her in danger of being relegated to one-hit-wonder status. Automatic demerits for an entirely unneeded and unwanted Chris Brown presence aside, All Of Me is a coherent, concise album that – hearteningly – is most characterised by its creator’s overflowing wells of confidence