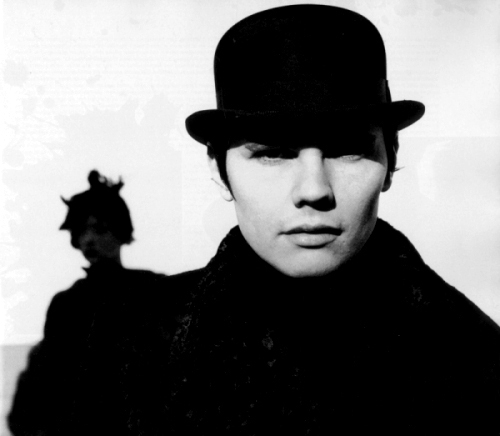 Perhaps its a full moon tonight: after the Dream vs. Weeknd ruckus, Billy Corgan is now coming out on the offensive.

The Smashing Pumpkins’/Zwan singer appeared last night at a discussion forum as part of the SXSW festival. According to Exclaim, Corgan had a few choice words for, well, everyone younger than him.

Taking on the new wave of young musicians, Corgan said: “I was part of a generation that changed the world – and it was taken over by poseurs”. He also compared his juniors to strippers, and said that youngsters “have grown up thinking that being famous is the goal. Not to be respected – not to be dangerous.” There might be some truth in that latter proposition, but, given Corgan’s way with a waspish barb, the comments come across as pretty catty all the same.

Corgan is currently allegedly working on a 44-track album with the current, atrophied Pumpkins line-up. Former Pumpkin James Iha also has a new record on the way.