100% Silk documentary in the works 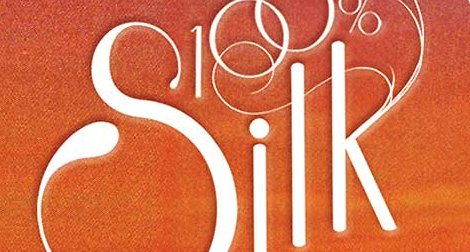 100% Silk, Amanda Brown’s (of Not Not Fun and LA Vampires fame) dance label, are raising funds for a documentary on the label.

The aim is for the film to document a forthcoming June tour, featuring LA Vampires, Ital, Magic Touch and Maria Minerva – or, in the label’s words, to “chronicle the performances, cultural environments, and global scene of the many cities through which the trip travels”, including Berlin, London, Paris and Madrid, before culminating at Barcelona’s Sonar festival.

“With strange synchronicity”, Silk’s blurb continues. “The last half-decade has seen a steady but subtle rise in sideways and forward-thinking approaches to the aesthetic of dance music. Labels, promoters, DJs, and recording artists in cities as diverse as Chicago, San Francisco, Manchester, Berlin, Brooklyn, The Hague, Portland, and Lisbon have collectively yet independently manifested a micro-renaissance in the form, community, and culture that’s been missing (or hidden from all but a few) for years. As the 100% Silk tour spans a spectrum of venue types and sizes and scenes, it will offer an intriguing window into the various ramifications of this rebirth of 21st century electronic body music.

“Benjamin Shearn has been an in-house videographer and editor for 100% Silk (and its sister company, Not Not Fun Records) for the last two years. You can check out his work for them on Vimeo, and YouTube. The tour documentary will be more of an expressionistic, experiential portrait of a certain slice of the underground dance scene than a straightforward analytical profile. The film will strive to be much like the music: modern, hybridized, joyous, exciting, homegrown, inclusive.”

Silk – like recent projects by Dylan Carlson, Michael Gira and more – are kick-starting (that, is, asking for funds from fans) for the film, and are looking for a total of $3,500. “Perks” for contributions include “a copy of the finished DVD, handmade mixtapes, vinyl records, signed tour posters, special thanks in the film, and – at top donation levels – an opportunity to collaborate as a producer”.