Emeralds – ‘Does It Look Like I’m Here?’ (Daphni Remixes) 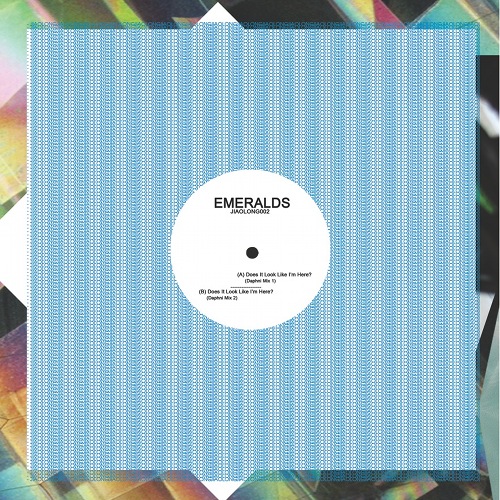 Lately, Dan Snaith hasn’t been one to shy away from an unusual remix project.

Whether it’s cutting edge or unearthed from the vaults, from a band or a fellow producer, the man often known as Caribou has an uncanny way of leaving his mark on things (and by that I don’t mean sticking a kickdrum under it and calling it house music). With the second release on his own Jiaolong imprint, Snaith returns to the recently inaugurated Daphni moniker to rework the title track from Emeralds’ 2010 album, Does It Look Like I’m Here? – not once, but twice.

As in much of Snaith’s recent output, he’s not afraid of longing things out – nor does he feel compelled to deliver the goods in any kind of staid dancefloor fashion. Where past Daphni remixes have tended to look to sweat-pouring-off-the-ceiling, gospel-inflected Chicago house for cues, though, these reworkings stay faithful to the cosmic aspirations of the original. Its densely arpeggiated synth lines are laid out, cleaned up and refashioned into an exercise in tension and release (though, it should be said, leaning heavily towards the former), with rugged, functional percussion supplying the eventual pay off. As with all Daphni material, these are guaranteed to send energy levels soaring in any club with a DJ brave enough to play them.