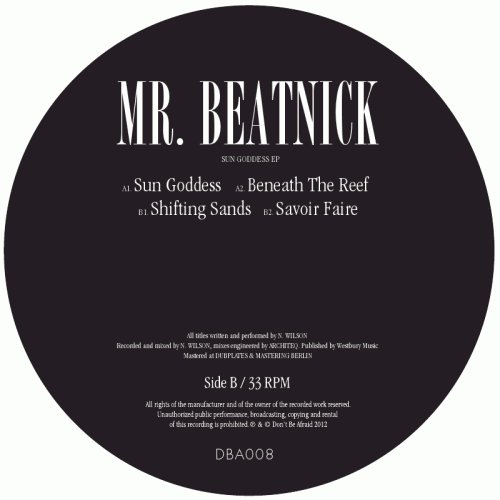 Mr Beatnick’s excellent ‘Sun Goddess’ popped up in these parts not so long ago.

As we noted, ‘Sun Goddess’ is so summery it probably ought to come bundled with a free sachet of pollen. A grin-inducing video for the track has just emerged online, courtesy of director Toby Knight.

Rather than drawing inspiration from the sunnier element of the track, Knight hones in on the distinctly vintage character of the Mr Beatnick sound. The clip stitches together grainy documentary footage of people going about their daily business in a bustling 1920s metropolis. We see kerbside play fights, arm wrestles, tense community meetings, and natty revellers gently swaying at a nightclub. There’s nothing new about the YouTube collage video, of course, but the juxtaposition of the old and the new here is unusually well-judged.

‘Sun Goddess’ will feature on a titular four-track EP, also titled Sun Goddess, due for release on Don’t Be Afraid on March 19.