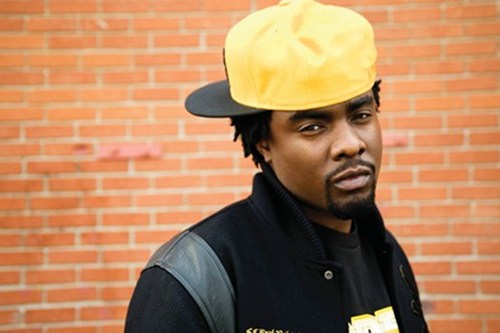 When fusty arts institutions attempt to produce something achingly contemporary, the results tend to be either wincingly off-point or straight-up demented.

‘Carbon Life’, a new dance production for the Royal Ballet, looks like it falls into the latter category. The production is based around a cycle of nine love songs written by Mark Ronson, and subsequently orchestrated by Rufus Wainwright. According to All Hip Hop, the performance will feature a live appearance from once-buzzy Washington rapper Wale.

In a Gorillaz-level show of star power, Boy George has also been drafted in to perform live as part of the production. Jonathan Pierce, raffish frontman of indie combo The Drums, and The Kills‘ Alison Mosshart are both set to make an appearance. Miike Snow‘s Andrew Wyatt and singer Hero Fisher will also be pitching in, and Wale protege Black Cobain will be tagging along for the ride too. Rather than just contributing recordings or shuffling around behind a screen, all the performers will actually join the dancers on stage.

The choreography has been devised by Wayne McGregor, with visual input from flamboyant designer Gareth Pugh. As if to stress that this is an event for all, tickets start at a ballet-novice-friendly £3. Performances will take place on April 5, 10, 12, 14, 18 and 23.

McGregor, clearly interested in this sort of thing, has recently been installed as a creative associate at the Royal Ballet: here’s hoping for a Gucci Mane/Bolshoi partnership before too long.