Orbital on comebacks, envying The Chemical Brothers, working with Flood and Zola Jesus 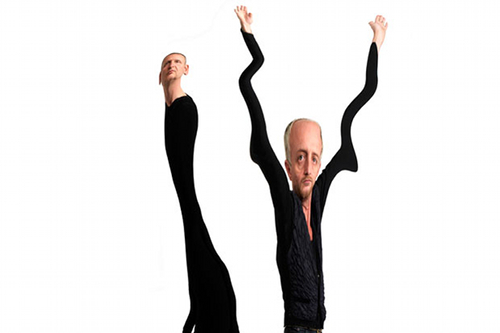 Orbital are preparing to release Wonky, their first album since returning to the fray in 2008.

Bereft of new ideas and energy, Paul and Phil Hartnoll declared their band dead in 2004. Four years later, they were tempted back to the live stage, performing a series of enormously successful shows. Their creative juices were flowing again, and by 2010 they were ready to show off some new material, in the shape of the double-A-side single, ‘Don’t Stop Me’/’The Gun Is Good’.

Buoyed by the positive response to the new single, in January of last year the duo hired a small studio in Brighton, brought in some of their favourite pieces of kit, and began work on their eighth full-length, which arrives eight years after the one fans feared would be the last, Blue Album.

Due out March 30 on ACP, Wonky features the mixing and post-production skills of Flood (Depeche Mode, U2, Nine Inch Nails) and guest vocals from Zola Jesus and Lady Leshurr. FACT’s Tim Purdom had a quick catch-up with Paul Hartnoll to find out why Orbital got back together in the first place, and why their new material is deserving of your attention.


“It felt like it wasn’t going anywhere, it was creatively boring. We just weren’t feeling it.” 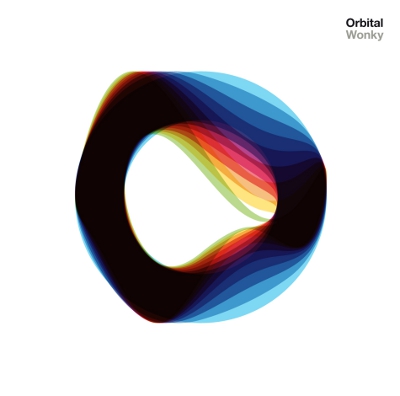 First things first. Why did you break up Orbital in the first place?

“It was a creative decision to stop doing Orbital. At the time, it felt like it wasn’t going anywhere, it was creatively boring. We just weren’t feeling it. And the worst think you can do is carry on, pumping crap out; there’s no point in doing that. I never stopped being creative, I wasn’t bored of making music generally, but it just wasn’t working as Orbital. So we decided to call it a day and try something else…which was a scary move, but it seemed like the right thing to do. It was a chapter, or a book, that we felt needed to be closed. ”

So why on earth did you get back together?

“We didn’t plan to get back into it again, we just thought that’s the end of that, but after about four or five years it began to feel like the right thing to do to get back together. We’d each tried different things, and had a thoroughly good time, but I suppose for me a turning point was when I went to see the Chemical Brothers, about three years after Orbital had stopped doing stuff, and I really enjoyed it – I suppose that’s the closest I could come to seeing one of our own gigs, if you know what I mean….a big, baldie indie-dance extravaganza [laughs]!

“It was brilliant, and it dawned on me how fortunate they were to be able to play hit after hit after hit – a wall-to-wall fantastic set. And I thought, we used to have that….and it’s really stupid to have given it up. Or not stupid, but a real shame to have felt that we had to give it up. It kind of sparked me to think: ‘Was that really the right thing to do?’

“That sort of sat on me for a year or two, that feeling of not being sure, and then a friend of ours called Guy Morley, who used to book the Big Chill, rang us up and said, ‘I’ve got an idea…why don’t you get Orbital back together and headline the Big Chill?’ And that was the real ignition, because I was like, hang on, I can’t say no to that. Or rather, I couldn’t say no immediately, and I thought, if I can’t say no immediately, that must mean there’s a yes in there somewhere. So I got together with Phil and had a chat about it, and we said look, if we’re going to do this again, it’s got to be fresh, it can’t just be what it was before. It has to be a fresh approach. We were both up for it, so we gave it a try, and of course ended up loving it.”


“It was the closest I could come to seeing one of our own gigs, if you know what I mean….a big, baldie indie-dance extravaganza!”

How did you go from a live reunion to making a whole new album?

“We took it step by step. It turned from a few gigs in summer to a few more gigs in winter, to let’s go to Australia early next year, and all of a sudden we were getting booked for loads of festivals for the next year. We were enjoying it, but we thought, we need some new material, so we sat down and started writing an album. We didn’t really think of it as an album at first, we just wrote some stuff to se what happens, we had a single out of that, and then we thought, OK, let’s do an album. We’re ready, and we want some fresh material, so we sat down and worked on the kind of music we wanted to hear live.

“We spent a few weeks listening to stuff, little sketches, ideas, demos, setting up a little studio, and we drew a massive wall-plan of what we wanted the album to sound like, and structured it as as listening experience, thinking of it really as a live album, like a live show.

“It’s funny, because the whole music business is on its head now anyway – we’re making our money from doing gigs, and absolutely nothing from records, which is completely the opposite of what it was! I think that’s actually made things exciting for us, it’s refreshed the whole thing.” 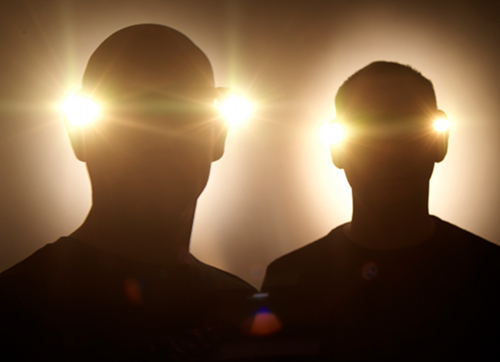 Why did you bring Flood in on this record and what did he bring to the table?

“Flood was somebody that I’d worked with on another project – we’d co-produced an album by The Music, and we got to know each other really well during that. Phil and I had recorded Wonky on our own, very low-key, but mixing an album is a really different skill to writing one – adding that final sheen, giving everything its sonic space – and obviously Flood is an expert that. So I thought, wouldn’t it be good to have him mix our album? He’s already produced half of my record collection anyway! So we asked him to mix, and he threw in his production oar right at the end as well.

“It was brilliant to work with him: we’re all on the same page, we all come from a similar background of 80s electronic music. but also I didn’t want to work with someone who was strictly a dance music producer, because I don’t think we make strictly dance music. Flood’s primarily a great electronic music producer, but he’s also a great rock producer – I think he refers to himself as “the dark lord of pop” [laughs] – and it was good to get some of that gothic, industrial edge on things.”


“I didn’t want to work with someone who was strictly a dance music producer, because I don’t think we make strictly dance music.”

What about Zola Jesus and Lady Leshurr?

“With us, what happens is that we’ll be writing a track and then we’ll just get to the point where we’re like, this tracks needs a vocalist. So then we think, OK, what kind of voice do we need? It’s like deciding what synth to use, it’s the mood you’re aiming for. So we were looking for an earnest, gothic kind of female vocal, and we put the feelers out, asked people to recommend stuff and then came across Zola Jesus, via a recommendation from America – I’d not heard of her before – and as soon as we listened to her we were like yep, that’s exactly what we want. That’s the voice.

“She had a strong sense of melody and harmony to her songs, they weren’t wishy-washy, they were very strong in their construction, which I’m always very keen on.

“It was a similar thing with Lady Leshurr – we’d already been playing the track out, and we were going to go with it as an instrumental, and then I suddenly thought, if we were to have a female rap just after the bass drop, that could be interesting…so I really wanted to try it. Finding a strong, staccato kind of female rapper is quite difficult – there’s not that many out there, or at least not many in my sphere of listening. So again, we put the feelers out, and a friend said listen to Lady Leshurr, and we heard her and were like wow, she’s like a machine gun! Both of them came down to the studio in the last week of recording and did their thing there and then.”

How do you feel about the album now that it’s finished? How does it fit into the existing Orbital catalogue?

“I think it’s quite a natural progression given that we haven’t done one for eight years. So it’s quite different in some respects, but I think our signature, our DNA, is still very much in there.”