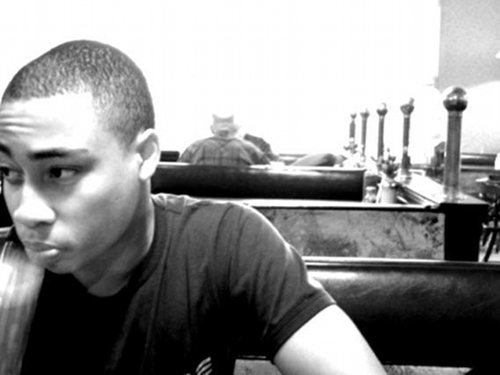 Remarkable as the A$AP scrap was, it wasn’t the only hip-hop related news to emerge from SXSW this weekend.

It may be less bombastic, but it’s certainly of interest: Canadian rapper Cadence Weapon has announced further details of his first LP in four years. In a video interview with AUX magazine, the rapper-turned-poet-turned-rapper revealed more details about his upcoming third LP, Hope In Dirt City. Weapon – real name Rollie Pemberton – revealed that the album would see the light of day on May 29.

Fellow Canadians Doldrums and Buck 65 set set to pop up on the LP. The latter features on a song about “a mysterious corporate industry machine that has destroyed music”. Should his recent Grimes-featuring cut ’88’ make an appearance, we might be looking at the most Canadian-heavy record since that last Broken Social Scene joint. There’s also reportedly a song exploring the “plight of the hip-hop hype man”, which sounds like a quirky treat.