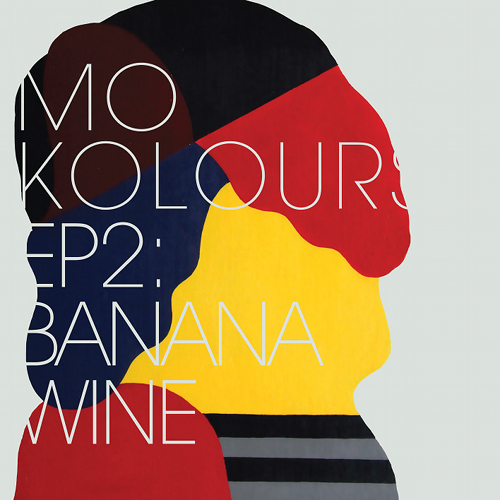 One-Handed Music, home to Bullion and Paul White, has long been a receptacle of queer and colourful beat music.

Percussionist, singer and producer Mo Kolours is as kooky as the rest of them, but there’s a furtiveness to his sound that stands him apart from his stablemates. Last year’s EP 1: Drum Talking offered eighty tracks of blotchy soul and dub-chamber rhythms. His new EP, Banana Wine, has been posted up for download, and it shows the young polymath laying claim to similar territory.

Like the drink, Banana Wine is sweet and boozy all at once. Kolours’ unassuming voice cycles through an array of pretty melodies over gloomy instrumentals.There are shades of El Gunicho in his methodology: tracks like ‘Mini Culcha’ loop snatches of carnival bustle into something hypnotic and beguiling. ‘Dubby Ridda Mountain’ sounds like Madlib‘s already had his way with it, and the title track nods to Lee ‘Scratch’ Perry in all the best ways. on occasion, the mood nudges a little too close to Us3 territory. More often that not, though, it’s a charming selection of spaced-out pop and woozy rondos.