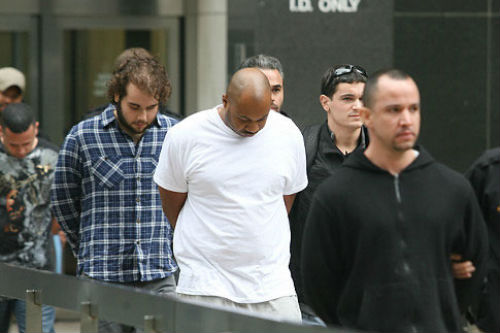 According to All Hip Hop, Burke was called to Manhattan Federal Court on March 15, charged with conspiring to distribute, and possessing with the intent to distribute, over 100kg of marijiuana. Burke elected not to contest either charge, and subsequently faces at least half a decade behind bars. He will also have to surrender his house and a significant portion of his assets.

Burke had initially been arrested in October 2010 as part of ‘Operation Green Venom’. He was implicated in an enormous trafficking ring, which encompassed over 50 people and distributed drugs in New York, New Jersey and Florida. Following the verdict, the attorney’s office were strident in their criticism of Burke: “With Kareem Burke’s guilty plea today, another member of this sprawling marijuana trafficking ring stands convicted. We will continue to pursue and punish those who traffic in illegal drugs.” The maximum sentence for Burke’s crimes is forty years.

Burke set up Roc-A-Fella with Damon Dash and Jay-Z in 1995; the triumvirate eventually dissolved in 2004.