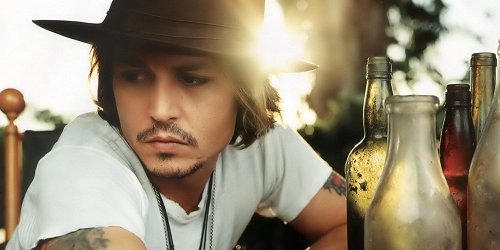 Johnny Deep and Marilyn Manson have teamed up for a bonus track on the latter’s new album, Born Villain.

Even better, it’s a cover of Carly Simon’s ‘You’re So Vain’ (yes, we were hoping for ‘Why’ too). Depp plays drums and lead guitar, while Manson, naturally, covers vocals.

The pair have apparently been firm friends since Manson appeared as an extra in the 21 Jump Street TV series. In Manson’s words, it’s a song that “we thought was ironic for each other. The video will probably be us looking at each other in a mirror.”