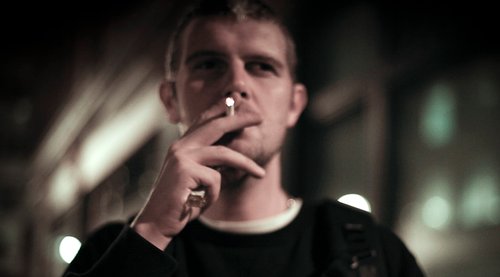 In an illuminating interview posted on Resident Advisor this morning, Loefah discusses some of the forthcoming material on his label, Swamp 81.

First off, three albums are in the pipeline – from Boddika, Zed Bias and Mickey Pearce (formally Shortstuff), who debuted on the label earlier this year. Boddika is the first in the line, with the implication that it’ll be released this year.

In Loefah’s words, “I’m giving them mad pep talks and shit just because I don’t want to just release a collection of 12s. These albums have to be albums in their own right…like Goldie did with Timeless. You know, Timeless didn’t need jungle; if anything jungle needed Timeless. That album stood alone. It didn’t need its scene, it didn’t need anything; it was incredible. The mastering, the packaging, the production…that’s what we need to be doing.”

The DMZ founder also reveals that MC Chunky, a familiar figure to fans of the Swamp 81 Rinse show, is readying a double-pack of productions for Swamp (“Chunky is incredible. He has got his own sound already. His beats are just such a breath of fresh air. I played them to Kode9 on Sunday, and he just lost his shit to them”) with the catalog number 022, following Boddika’s ‘Acid Jackson’ (019), FaltyDL’s Mean Streets Pt. 2 (020) and Trusta’s ‘Hypnotic’ (021).

There’s also a brief mention of a future project by FaltyDL (the implication being that it won’t simply be another Mean Streets EP), and some illuminating talk about Loefah’s own productions. After releasing a succession of dubstep classics, Loefah famously fell out of love with the genre and has struggled with his own music ever since, but it seems things are on the up:

“It’s at a really good place right now for the first time in years. I’m writing a lot. I’ve got a couple of bits…I played Boddika [who was, at one point, planning to release Loefah’s music on NonPlus] some of my beats last night which I’ve been scared to do up until now. He was quite into a couple of them. It’s been weird finding my place because I don’t wanna just go back and write 140, though I have got a couple of 140 things which I’m working on. I don’t wanna just write straight house because that would be weird. I would just feel wrong, and again it’s that dishonesty thing. I could DJ them all day long and it doesn’t feel wrong, but for me to write that: no.”

You can read the full interview on Resident Advisor.