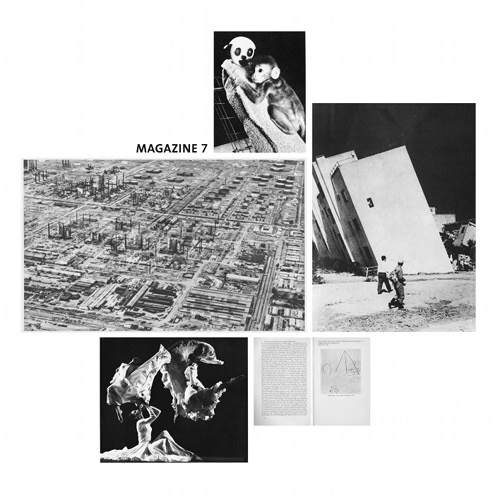 Rückverzauberung, coded from German into English, translates as ‘Reverse Enchantment’. In a way, that phrase describes the fundamental mechanic of loop-based music: an endless returning which, over time, becomes hypnotic and beguiling. ‘Reverse Enchantment’, however, also implies disenchantment, an act of demystification: the princess turned back into the frog.

Rückverzauberung as pleasure principle, Rückverzauberung as disaffection – Voigt knows a fair bit about both. Over many years and countless aliases, Voigt has devoted himself to the  loop: whether operating under his austere Studio 1 guise, or turning out ambient techno as GAS, Voigt’s minimal compositions invariably transcend the sum of their parts. And yet, it’s worth also remembering that, as well as tending to the loop, Voigt has spent a lot of time out of it. As the head of Cologne-based powerhouse Kompakt, he’s diverted much of his energies over the last decade to shepherding other artists rather than traipsing after his own muse. Rückverzauberung 6 finds Voigt making some of the most visceral and unsettling music of his career: it has the ambivalence of somebody who’s spent a decade tending to his art, then a decade backing away from it.

The Rückverzauberung series is a self-styled ‘label-travel-project’, an exercise in transplanting a mood into different environments. Rückverzauberung Mk 6 arrives courtesy of fellow Cologne label Magazine, and it’s clearly something of a departure. Rückverzauberung 2, cinematic and lush, unfurled in fairly linear fashion. Rückverzauberung 4 saw Voigt keeping the digital manipulation to a minimum: although created through his patented process of reiteration and compaction, the result sounds as airy as a Stars Of The Lid LP.

By contrast, Rückverzauberung 6’s central motif – and its central innovation – is its disconcerting use of the human voice. Voigt has, of course, ventured into this sort of territory before. 2011’s Kafkatrax, cobbled together from fragments of a Franz Kafka audiobook, very explicitly sought to divorce voice from context. The results, although undeniably interesting, were a little screwy: like John Oswald’s Plunderphonics collections, the distinction between high-concept and hi-jinks wasn’t always clear. On this new three-track LP , Voigt’s strategy is much more effective.

Drifting opener ‘6.1’ begins with what sounds like the creak and grind of machinery; closer inspection reveals it to be scraped violin strings, the whine of scratched catgut. Within a minute, an unsettling vocal figure rises to the fore. Its provenance is uncertain: is it a human choir, filtered and processed, or snatches of the same recording cut up and fudged together? These voices, robbed of their referentiality and smothered in vibrato, deliquesce into alien(ating) noise. Nico Muhly is a reference point; but where his Mothertongue LP was a decoupage collage of phonemes, Voigt’s voiceplay is overwhelming, an indistinct blast of noises once made by throats. The effect is highly disconcerting, and strangely beautiful.

The second piece, also beatless, explores similar territory. ‘6.2’ is an oddly organic construction: it surges, bucks, pulses. Intriguingly, Voigt uses panning and gain as instruments in their own right. The abrupt gradations in volume become key focal points, much as a shift in melody or a change in drum programming might do in more conventional musics. ‘6.2’ is also much busier than ‘6.1’: plucked strings and minute fragments of static provide moments of definition, little fractals amidst a swirl of echo. Voigt’s work as GAS is often described as ‘elemental’ or ‘earthy’, but ‘6.2’ has a sci-fi quality to it. Although his cut-and-splice methodology is actually relatively lo-fi, the results are decidedly space-age (as Simon Reynolds has noticed, there’s hay to be made from the fact that Voigt makes futurist techno using the detritus of Victorian-era classical music).

If the fast half of the record shows Voigt at his most exploratory, the second act – for better and for worse – is much more familiar fare. The label bumpf goes to great pains to draw comparisons between this record and the GAS series, and it’s only on the final track that the comparison makes much sense. Like those earlier works, ‘6.3’ sounds like techno heard through clogged ears. Legato strings brood at the peripheries of the track, and looped voices are held in suspended motion. Without start or end, these voices become an endless rush of air, the human transmuted into the hydraulic. An ever-so-Kompakt drum pattern, that polite stylophone thud’n’tap, wards off disorder. The same discordance that haunts ‘6.1’ and ‘6.2’ is present to some degree, but the overall effect is business as usual for Voigt. Given how ravishing Voigt’s business is, this isn’t a problem – but ‘6.3’ doesn’t pack the punch of the tracks preceding it.

In an interview with The Wire in 2008, Wolfgang Voigt made a fascinating declaration: “I do not want to save the world anymore, the only one I want to save is myself”. The statement suggests that, as one of the most enduring names in minimal Techno, Voigt has nothing left to prove, no-one left to prove it to. By turning inward, Voigt has enabled himself to produce some of his strangest and most unnerving music to date. Particularly given the ubiquity of the pitched-down/sped-up/fucked-over vocal line in contemporary dance music, it’s refreshing to hear the human voice being treated in ways that raise genuine goose-pimples. Moreover, Rückverzauberung 6 shows that Voigt’s ear for texture and arrangement is as diverting as ever. Looping – or, to put it another way, ‘Reverse Enchantment’ – is a redemptive practice: a way of finding grace through repetition, a spur to meditation. Whether Rückverzauberung 6 has helped save Voigt is anyone’s guess, but the world’s certainly a better place with this record in it. Sometimes enchanting, sometimes the reverse, Rückverzauberung 6 is always worth your time.