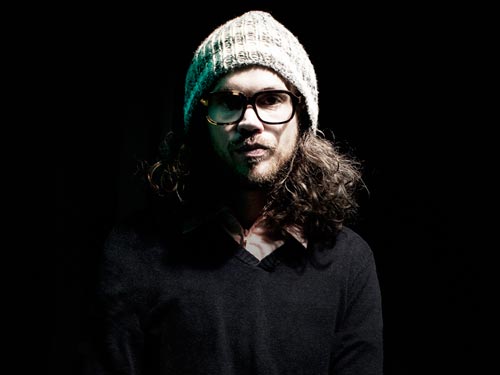 One of glitch-hop’s elder statesman is to join forces with one of its rising stars.

Warp mainstay Prefuse 73 and LA beatmaker/visual artist Teebs are set to work together under the alias Sons Of The Morning. As Prefix note, the pair announced the venture through a dextrous bit of Twitter to-and-fro. Last Friday, Teebs tweeted: “big day today. starting work with Prefuse 73 on a collab record”. Prefuse shot back with a pretty unambiguous confirmation: “@teebsio yup! i’m there! + this musical email is amazing. I got the Other ‘5/5/2k12’. @teebsio + prefuse73 are: “SONS OF THE MORNING”.

Prefuse 73, known to his mother as Guillermo Scott Heron, has been churning out skewed electronica for over a decade. His numerous full-lengths, particularly career-highVocal Studies And Uprock Narratives, bring IDM and boom-bap into productive synthesis. Spin-off projects like Savath y Savalas and Diamond Watch Wrists have also explored more song-based territories. Teebs, by contrast, is a relative young buck. His lush loopwork, groggy and disorientating, is some of the most free-spirited music to emerge from Flying Lotus’ Brainfeeder stable to date.

Prefuse 73 also has a new limited edition 7″ on the way for Record Store Day, titled ‘Death By Barber Pt. 1’.