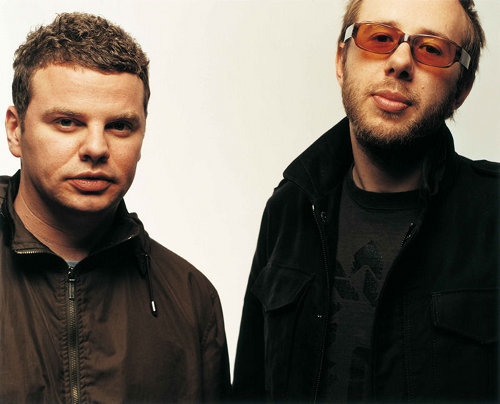 When they’re not scoring other people’s films, The Chemical Brothers are busy starring in their own.

Their recent Don’t Think live DVD is being praised in many quarters as the best concert film in yolks. The Guardian are now streaming the soundtrack to the film in its entirety.

As you’d expect,the soudtrack raids the entirety of the Chems’ twenty year discography, from ‘Block Rockin’ Beats’ through to ‘Star Guitar’ through to Further highlight ‘Swoon’. The duo have always done a good job of weaving their tracks together in interesting ways; the set makes for an exciting listen, even without the strobing visual accompaniment. You can listen to the stream here.