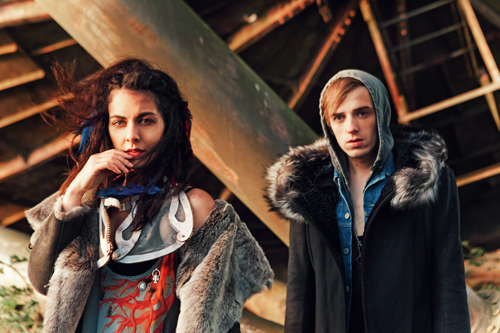 The East London duo make glossy electro that nods a veiled head towards Depeche Mode and Crystal Castles. Deadly People and Moshi Moshi have already released singles by the pair; new home Something In Construction (previously home to Washed Out and the late, great Air France) are now set to release the band’s self-titled debut album.

Visions Of Trees will arrive on June 1, courtesy of Something In Construction. You can hear the most recent single, the pulsing ‘Turn 2 U’, below.