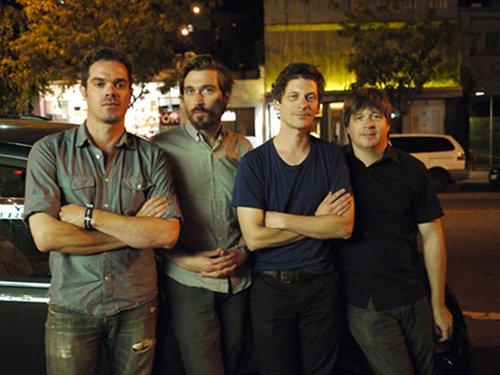 
It’s hard to think of any truly accurate analogues for Disappears‘ sound – a brand of rock ‘n roll as precise, pared-down and punishing as techno – though when pushed, the no wave minimalism of Factory Floor comes to mind.

The Chicago four-piece – who currently count Sonic Youth sticksman Steve Shelley in their ranks – have just released their third album, Pre Language, through Kranky. Recorded at Sonic Youth’s fabled Echo Canyon studio, it’s their most robust and engrossing full-length statement to date. As they prepared to head out on an extensive European tour – which includes a show at London’s Corsica Studios this Thursday, 29 March – Disappears’ Brian Case sat down to tell FACT’s Trilby Foxx a little more about the record’s conception, and the band’s plans for the remainder of 2012.


“We’ve always gone for a minimalist approach to rock music.” 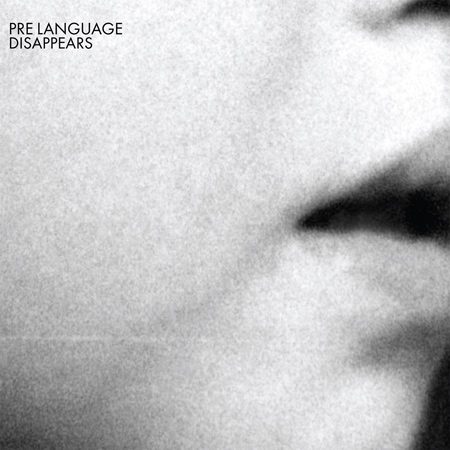 How would you describe Disappears’ evolution over the last three years?

“We’ve always gone for a minimalist approach to rock music, adhering to some aesthetic principles for a larger goal. Our first album was much more in the discovery phase of learning how to strip things away and pare down the songs to their most basic and essential elements. Album two [2011’s Guider] was the end result of that whole process, really getting the songs down to one idea, pretty raw. Our latest, Pre Language, is our evolution of those ideas – how do we make the same thing happen in a song in different ways? How do we play with structure and perception? Lots of the songs on this one have the same parts played in different ways throughout the same song.”

How did Steve Shelley come to join the band, and how has his presence impacted on the sound of the band at large?

“We met Steve through our friend Jeremy – he does monitors for Sonic Youth and plays in a great band called White/Light. He took Steve to see us play and he really dug it. Jeremy ended up organising this recording session with us, White/Light and Steve a few days before a Sonic tour started in Chicago. From there we kept in touch, emailing about the recordings and just talking about music. When our former drummer Graeme moved to Portland we asked Steve to join on a lark and he said yes. We were pretty surprised!

“His style is different from Graeme’s but they have really similar taste in music so the references were the same, which helped. We started writing new songs at our first practice, it was nice to have him spin the older stuff his own way but also work on songs that didn’t have any guides yet. Things changed but they were ready to, so it felt really natural.”


“As you can imagine, plugging into Lee and Thurston’s amps feels pretty amazing.”

What was the experience of recording in Sonic Youth’s Echo Canyon studio like? Was it markedly different to your sessions elsewhere?

“Our previous records were done entirely by ourselves. It definitely has its advantages and Graeme did a great job making those records – there’s nothing like immersing yourself in a comfortable environment with people you trust and letting go for a few days. At Echo Canyon we had the ability to do that but with a few more hands – it wasn’t as time-restrained or physically taxing. Also, as you can imagine, plugging into Lee and Thurston’s amps feels pretty amazing. The bonus track on the Japanese version is a noise jam we did called ‘Fake Diamond’ because we hooked up two of those Maestro Phasers they used on ‘Diamond Sea’ and just made a bunch of drones. Steve was like, ‘Uh guys….I’ve done this one before.’ [laughs]”

Pre Language definitely feels like the most “muscular” Disappears album to date, in a sense the most produced but also the most live-sounding. Is this an assessment you agree with?

“Yeah definitely, we have no interest in making the same album twice or repeating ourselves. After making so much internally we really wanted some outside perspective on this one. I’d worked with [producer] John Congleton a lot in the past and knew he would be able to balance the things that were important to us and take some of the songs in new directions or out of our comfort range. He’s a good friend and I trust him very much so it was an easy decision. We’d also been playing the songs a lot so we knew what we wanted from them – the first two albums were as much studio experiments as they were live documents.”

Are there any particular lyrical themes you were trying to address on this record?

“Every album ends up revolving around a basic idea – Lux was about death, Guider about protection and Pre Languange ended up being about love. I was reading a lot of James Baldwin, Philip K Dick – stories with an idea of love at their core but not necessarily about being in love. I liked that perspective and it runs through the album in a nice way.”


“I was reading a lot of James Baldwin, Philip K Dick – stories with an idea of love at their core but not necessarily about being in love.”

Are you hungry to get back in the studio again or is your sole focus now on performing Pre Language‘s songs live?

“Oh yeah for sure – we’re already doing one new one live and have a few others I’m anxious to get back to work on. We had a few days on our next tour set aside to record but they got filled up. I’m excited though – it’s a new direction, still us but definitely different.”

Anything else on the horizon for Disappears or its members?

“Everyone is really busy right now. The collaboration recordings that first brought us together are finally going to come out this fall – it’s a really nice audio answer to the question of how we all met – and a record we’re all really proud of. Jonathan and Damon have a band called E+ that just did some recording – it’s very cool, gothy, early Siouxsie-style stuff. I’m doing a band called Acteurs with Jeremy from White/Light. It’s real minimal, lots of arpeggiating synths and modular stuff, dubbed-out drum pads. Steve’s doing his label Vampire Blues and is putting out albums by his other band Spectre Folk, Chris Lee and some SY archive stuff. He’s also playing with Lee on his new solo album which just came out.”