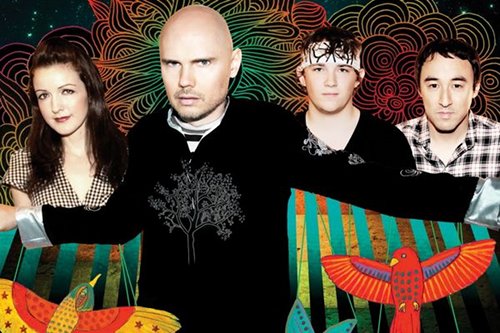 Oceania, the band’s first studio LP in five years, is slated for release in June.

That’s not to say they’ve been silent in the intervening years. In 2009, Corgan and co announced Teargarden By Kaleidyscope, an eye-wateringly ambitious 44-track concept album, intended to be drip-fed to fans track-by-track via the internet. Oceania is still part of that project – and “album within an album” – though it sees a return to the traditional long-player format.

The band are evidently still committed to the levelling power of the web, though. Their manager, Peter Katsis, states that the release of the album will “follow a path of inclusion, so that best efforts are made for all the fans hear it at the same time as press or radio”. No doubt selfish journalists the world over are hoping the idea doesn’t catch on.

Oceania will be released on EMI on June 18.