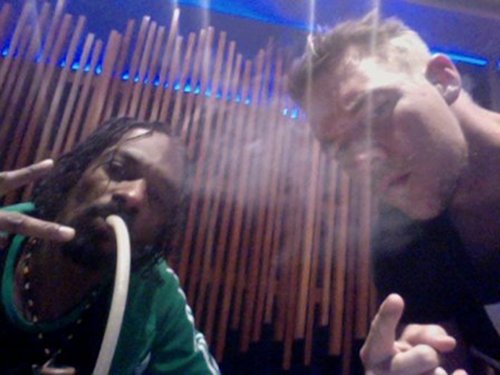 As we know, Diplo has built a career out of being a cross-genre magpie. But it’s easy to forget that Snoop Dogg has wandered into his fare share of unexpected pastures too.

2007’s The Death Row Singles Collection contained a ‘Snoop Bounce’ remix featuring Rage Against The Machine; ‘My Medicine’ and ‘Superman’, by contrast, saw the Doggfather making straight-up bluegrass (we also recently learned that he loves a bit of Euro techno)

As NME report, Snoop has teamed up with Diplo to produce a reggae album. According to the producer, “What we’re doing is a reggae record. It’s all reggae and he’s singing and he’s doing a fucking awesome job and I never knew it, but he had his heart in every song…We’re going to get back into the production of it next month, and I’m really proud of that record. It’s the first record I’ve ever executive-produced and his crew is amazing.”

Eleven albums into his career, you’d imagine that Snoop might struggle to keep his energy up. Apparently not: he’s also just launched a new energy drink. Produced in collaboration with Monster Energy, his DUB Edition drink sees Snoop turning his hand to the stimulants market. In his own (questionably sincere) words: “I’m looking forward to rollin’ with the Monster Energy family. Keep a close eye on us as we plan on doing big things this year from the sun to the snow.”