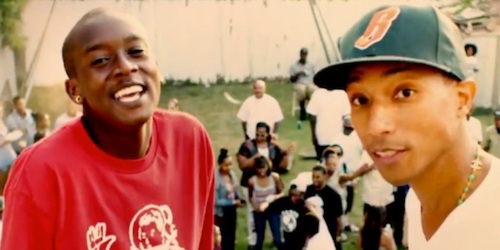 Neptunes signee gets assist from man of the moment Kendrick Lamar.

Buddy, a nice-guy skate rapper from Compton with a Neptunes co-sign, has maybe spent a little too much time listening to Lupe Fiasco, taking the song’s concept quite literally and extending the metaphor to its breaking part. His best contribution to this track is the sense of wonder with which he intones the hook, saving a chorus that could easily be incredibly banal.

The real reason to listen, though, is rising star Lamar, another well-intentioned rapper from the town N.W.A. made famous, but of a much odder build. His cameo finds more clever uses for the cosmos, dropping Hennessy in the big dipper and driving “UFO Porsches.”

This is all given the right generous vibe via a breezy beat from Chad and Pharrell that, with its relaxed, dusky keys and loose-but-strident bass, sounds like it’s lived its existence marauding around midnight.