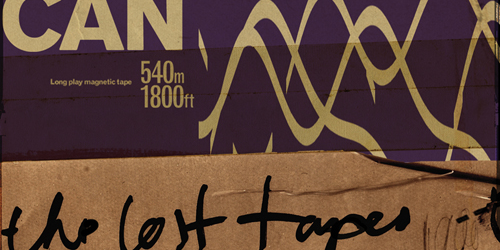 As we reported in September, Can will soon be releasing The Lost Tapes, a 3CD set of archival material. Further details have emerged as the June release date draws near.

The box will be comprised of outtakes, soundtrack recordings and live material, dating from 1968 to 1977. It is curated by Can keyboardist and founder Irmin Schmidt with Mute’s Daniel Miller and edited by Jono Podmore.

The music was discovered after the band’s studio was sold to the German Rock N Pop Museum and was being dismantled for relocation.

Says Schmidt, “Obviously the tapes weren’t really lost, but were left in the cupboards of the studio archives for so long everybody just forgot about them. Everybody except Hildegard, who watches over Can and its work like the dragon over the gold of the Nibelungen and doesn’t allow forgetting.”

The Lost Tapes will be released in Europe on June 18 and the following day in the U.S.