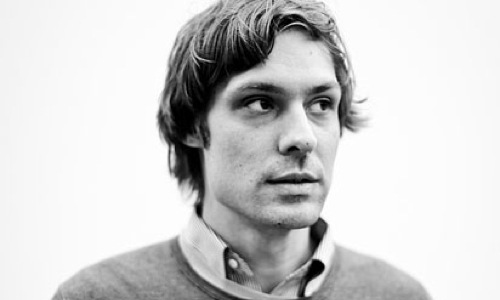 It might have been easy to miss amid the slew of Record Store Day releases, but John Maus has a new track on the way.

As Pitchfork report, Maus will celebrate the annual cratedigging jamboree by releasing a limited-edition flexi-disc. The song is titled – or, rather, not titled – ‘No Title (Molly)’, and it’s definitely one to get down to your local indie early for.

‘No Title (Molly)’ is a buffed up version of an old demo track that’s been percolating around for a little while. Interestingly, it recalls LCD Soundsystem’s glossy jams as much as it does the usual litany of Maus-endorsed post-punk crooners. It’s definitely one of the more driving tracks he’s released in a while: the crackle of tape has been temporary swept aside, leaving a sleek, lustrous little pop gem. As with much of Love Is Real, his voice is buried at the back of the mix, a perky synth line springing to the fore in its place. Maus bombards the reader with hook after hook – there’s about four different choruses smuggled into this thing. Even with his superlative We Must Become The Pitiless Censors Of Ourselves still in recent memory, it’s patently one of the best things Maus has ever done.

‘No Title (Molly)’ arrives as part of a set of flexi-disc releases curated by Domino/Ribbon. Also contributing to the series – titled Smuggler’s Way – are alt.rock big-hitters Real Estate, Cass McCombs, Villagers and Dirty Projectors.  The pack comes bundled with a zine, featuring contributions from a selection of Domino artists; expect scribblings from The Kills, Owen Pallett, and Black Dice, amongst others.