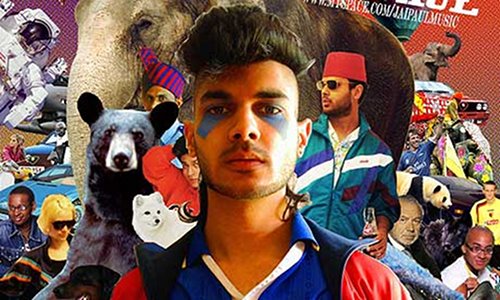 Paul’s 2010 blog-hit was a phenomenally successful calling card, an endlessly repayable number with echoes of Dilla, Prince, and Anti-Pop Consortium. Given how stuffed with ideas that track was, it’s been surprising how quiet Paul’s been in the years since: apart from a scrubbed up ‘BTSTU’ edit and rumblings of an industry bidding war, we’ve heard very little from – or even about – the young Londoner. ‘Jasmine’, a Soundcloud demo spotted by Pitchfork, shows Paul finally re-entering the conversation.

Compositionally, at least, it’s a much more straightforward affair than Paul’s signature track. Over a Chromatics-grade synth strut and a twangy guitar shuffle, Paul turns out a slinky melody line. The production, however, is much more tricksy. The track has a gloomy, muffled quality – its respective elements blend and merge into an indistinct blur. Paul’s voice, smuggled into the mix, is barely discernible; the ‘BTSTU’ swagger (“This shit is the love of my life”) is dialled down in favour of something much more introverted. ‘Jasmine’ shows how tactile and sensuous pop can become when its charms are deliberately buried. A wonderful piece of wax cylinder R&B.