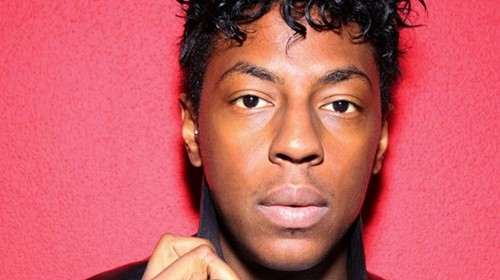 Filth-merchant MC Spank Rock has already made an appearance of sorts today. This time around, his ‘Car Song’ has been revamped by hip-hop weirdos Shabazz Palaces.

The original was a fairly leaden bit of hip-pop, bolstered by a groggy chorus from a half-asleep Santigold. Shabazz Palaces’ rework is spanglier, spookier and – crucially – much stranger. Chief Palaceer Lazaro lays Spank Rock’s original verses over a squelchy synth lead. It’s all fairly lo-fi, and might have benefitted from an Ishmael Butler verse, but it still does the business.

The track is taken from the forthcoming E.I.B.A.E.A.F.L Remixes EP, a set of reworks of tracks from Spank Rock’s precociously titled 2011 album Everything is Boring And Everyone Is a Fucking Liar.