The Def Jux founder on his first solo album since ’07. 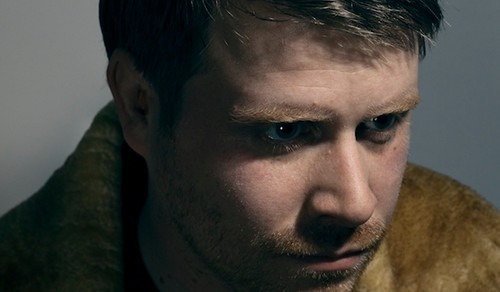 Company Flow and Def Jux figurehead El-P is preparing to release his first solo album since 2007.

Titled Cancer for Cure, it will be released through Fat Possum in May, and features guest spots from Interpol’s Paul Banks, Danny Brown, Killer Mike – who El has also produced an entire album for in R.A.P. Music – and more.

FACT quickly caught five minutes with El to find out a little more about the record; fans should also check out our in-depth interview with him from last year, centered around Company Flow’s reunion, here.

It’s been five years since I’ll Sleep When Your Dead. Did you write Cancer For Cure piecemeal over that time, or did you put it together relatively quickly?

“I started writing and producing it after the death of my friend in 2008 [El, we believe, is talking about Weathermen member and Def Jux artist Camu Tao here], but did the bulk of the work in the last year and a half/two years.”

Cancer For Cure – it’s a disorientating, ambiguous phrase. What’s the intention behind that striking title, and do the ideas it points towards crop up in the record?

“It’s sort of a dual meaning. it’s meant to invoke the idea that all the bullshit in our way emanates from within. At the same time it’s a battle cry. There is a segment of the population that considers the average human as a sickness or a problem that is getting in the way of a potentially perfect world. A cure. I proudly consider myself part of the cancer to that cure idea…”

How would you say Cancer For Cure differs from your last two studio LPs, sonically and/or lyrically?

“Every time i make these records I just try and take a snapshot of who I am and what’s on my mind at the time. Sonically, I think its a natural progression from what I’ve been doing. I try and push myself to approach the music a bit differently every time. Ultimately I think its best that I leave it up to the listener to determine if i succeeded or not or how I’ve changed my approach. I think I’m too close to the material to really know.”

There are some fascinating features on the record. How did Interpol’s Paul Banks get involved, and what does he bring to his respective track?

“Paul does back up vocals on a song called ‘Works Every Time’. Everyone on the record is a friend and someone that naturally fell in to the project. I don’t go for features for features sake, usually.”

I’ve been listening to that hook on ‘The Full Retard’: “So you should pump this shit, like they do in the future”. Do you try and make records that are consciously futuristic? Is being ‘futuristic’ even a necessary or valuable quality at all?

“The idea wasn’t really about sounding futuristic at all. Certainly the “future” I’m talking about isn’t inherently good or better than anything. It’s more about reality than it is some vague idea of making “futuristic” music.”

“It’s just great sometimes to work outside of yourself. Mike and I have a chemistry that was amazing to work with. We both bring different ideas but the places where our influence connect were what tied it all together.”