The story of Dream 2 Science’s “smooth, deep, laid back and hella sexy” house

Meet the maker of the classic 1990 EP, reissued this month by Rush Hour. 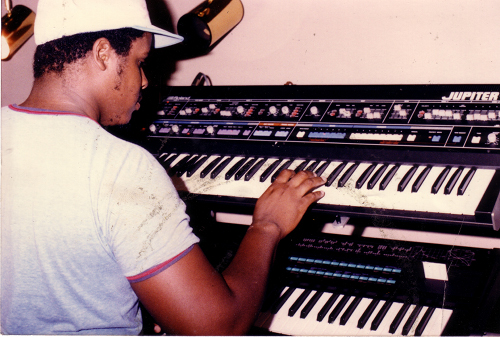 This month, Amsterdam’s Rush Hour label continues its intrepid excavation of US house history with the reissue of a classic EP by Dream 2 Science.

Recorded and originally released in 1990, Dream 2 Science’s self-titled six-tracker is a revelation – deep, soulful and hard-grooving, it calls to mind the masterful work of Larry Heard, and deserves to be considered a classic not just of house, but of electronic soul at large. So who on Earth produced it?

Cozmo D, that’s who. Real name Ben Cenac, Cozmo is highly regarded for his role in pioneering electro group Newcleus, and he later enjoyed international success with his jazzy, garage-inclined Sha-lor project. His work as Dream 2 Science, however, remains little known outside of a hardcore of deep house enthusiasts. Rush Hour’s loving new 12″ edition, out April 9, looks likely to correct this.

In this new and exclusive interview with Cenac, the New Yorker tells us about his life in music, from his roots in hip-hop, electro and the block parties of Brooklyn to his briefly held position at the vanguard of house. 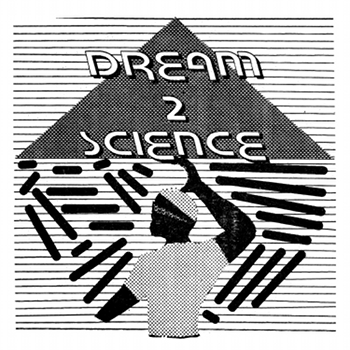 So who exactly are you?

“My name is Ben Cenac and I am also professionally known as Cozmo D. I am from Brooklyn, NY. I was born in 1959 and came of age in the best decade of all time for music: the ’70s.”

How did you first get involved with music?

“I always loved all kinds of music, due to the influence of my mother. She would play soul or pop, jazz or Broadway, African or even classical music and all sorts in between.  So I was drawn to all kinds of music for as long as I can remember. I started writing songs and poetry when I was 7 or 8. Nothing great or involved, but I liked doing it.

“When I was 15 or so I took up guitar and joined a band, but I never got really good enough to play. Then when I was 16 I started DJing. I took as my DJ name Cozmo Disco, and with my cousins and friends started a DJ crew that we named Jam-On Productions. That’s when I shortened my name to Cozmo D.  Jam-On Productions rocked parks and block parties all over Brooklyn and New York City. I was also singing for a fun/rock group named Thunderfunk, which is where I first played with Bob ‘Chilly B’ Crafton, who was playing bass for the group.”


“Finally, we came up with a song called ‘Computer Age’ that we thought was good enough to get us a record deal…”

What about electronic music specifically?

“In 1980 I got turned onto a mini synthesizer made by Electro-Harmonix and decided that I could use that to realise my dreams of making my own music. I purchased one along with an Electro-Harmonix drum machine, and using two cassette decks wrote and recorded a crude but complete song the same night. From there it was on, even though I didn’t now a C from a G#. I made songs like this for about a year until I asked my cousin (and fellow Jam-On member) Monique ‘Nique D’ Angevin to lend me the money for a Tascam Portastudio, a mixing board with a built-in 4 track cassette recorder. She said yes, with the request that I try making music with Chilly B. I agreed, and our group was born. It was me, Chilly B and on vocals Nique and my soon to be wife, Yvette ‘Lady E’ Cenac. Soon Nique D and Chilly B would marry as well. We called our group Positive Messenger, as all of our songs had a message to them.

How did Positive Messenger become Newcleus?

“We started getting good at the tracks we were making. I bought more and better equipment, and we were getting good at writing songs. Finally, we came up with a song called ‘Computer Age’ that we thought was good enough to get us a record deal. We put together a tape with our best stuff on it, but we had room at the end. So there I placed a song that I had done as a joke just to fill space. It was named ‘Jam-On’s Revenge’ and it was a funky novelty track about Jam-On Productions chasing a bunch of wack rappers out of town. All of the voices were pitched up high like munchkins.

“This was about the time that ‘Planet Rock’ by Afrika Bambaataa & The Soul Sonic Force was hot and so we figured ‘Computer Age’ was a not too dissimilar track. I was going to take the track to Tommy Boy Records, but first stopped by the house of a small-time record producer who had once taken the time to listen to one of my crude pre-portastudio tracks. His name was Joe Webb. He loved ‘Computer Age’ and the other tracks, but when the tape got to ‘Jam-On’s Revenge’ he practically lost his mind!  We ended up putting it out with him…it was released on his label, May Hew Records, in 1983.  Since we didn’t have a message to the song we changed our name to Newcleus, signifying the joining together of our families into a new unit. However, since this was more street and hip-hop than the Positive Messenger stuff we released it as ‘Jam-On Revenge’ (a typo lost the “‘s”) by Newcleus Featuring Cozmo & The Jam-On Production Crew.  Joe Webb then took the record to Sunnyview Records who released it as “Jam On Revenge (The Wikki-Wikki Song)” by Newcleus. We had arrived.

“By 1985 we realized that we were getting ripped off by Joe Webb, who never paid us any royalties. Rather than be shelved by a long fight over rights and royalties, Chilly B (Bob) and I decided to start producing other acts and eventually start our own labels. We left Newcleus aside, and dove into the magical world of independent producing.”


“I was told that house was ‘just a fad’ more than once.”

And it was soon after that you began making house?

“Well, I had started out as a disco DJ and still spun it often (and still do today), so I was playing it as house developed out of it. It was really underground in NYC.  I didn’t really partake in that scene, I was deep into the hip-hop and freestyle scenes at the time, but I heard it and liked what I heard. I was a member of the world-renowned IDRC/RPBC record pool from ’85 on and got to hear it develop. By 1986 we started making house tracks, but had a hard time convincing record companies to go with it. I was told that house was ‘just a fad’ more than once.

You also wrote Sha-Lor’s ‘Im In Love’, which is a 1988 garage classic. How did this record come about? Was it popular at the time?

“Sha-Lor was a two-girl group that we had been producing as early as ’86 as an R&B act, but we could never get them on. I had actually written ‘I’m In Love’ for a different artist, but the girls begged me for it so I let them have it. This was the last track that I partnered with Chilly B for. This time I tried Jump Street Records where my friend and future music partner Gregg Fore was doing production. They loved it!  It didn’t do much at all here in the States but caught big fire in the UK, even landing me my first license with a major.”

How did you come to do the Dream 2 Science project? It’s very deep, emotional house music – was there a concept? Some tracks are very reminiscent of Larry Heard, there’s is even a track called ‘Mystery Of Love’, which was also the title of one of Mr Fingers’ most popular tracks at the time. Was this a coincidence or were you influenced by Larry Heard and Chicago house?

“First we released ‘My Love Turns To Liquid’, which I designed to flow with and feature Yvette’s (Lady E’s) vocal stylings. I wanted something smooth, laid back, deep and hella sexy! Gregg liked it so much that he thought we should follow up with an EP in the same vein.  We wrote ‘Mystery Of Love’ (which he sings as Buster Fhott) and ‘Dream 2 Science’ (on which he plays piano) together. Of course I know of and am familiar with the great Larry Heard, and I am quite influenced by Chicago House.  However, I could probably say the same thing about a lot of the music I was listening to and playing at the time.  The title of ‘Mystery Of Love’ is just a coincidence.”


“I wanted something smooth, laid back, deep and hella sexy!”

The production sounds clean and bright. Were the tracks recorded in a professional studio?

“The tracks were all done in my home studio. The vocals were recorded to Akai 12-track and the music was all recorded MIDI, synced to the vocals and mixed down live through an old Carvin mixer. The DAT that the files were taken from was mastered professionally though.”

With releases from 1988 till 1990 you were one of the earlier producers of house music, but also one of the people who exited early – there were no more releases from you after that. What happened?

“Jump Street went under in 1989 so Gregg was distributing the tracks himself. Our last release was ‘You Keep Me Coming On’ by Bodywork in 1991, which was hot off the presses when the plant went under, taking our product and our money with them. Gregg went out and found a regular job, and I set about recreating Newcleus as Cozmo D & The Jam-On Crew. I was putting the finishing touches on a new album in 1992 when we had a major fire which put me out of the music business for months. When I had built my new studio I decided to go back into producing hip-hop, and fruitlessly toiled at that for the next 10 years or so. About that time Newcleus became popular again, so Bob, Yvette and I got back together to reclaim our place.”

What are you doing these days?

“Though Chilly B passed away in 2010, Lady E and I along with Al ‘I’ McLaran, another Jam-On alumnus and also the former A&R at Warlock Records when it was in its house and hip-hop glory days, are still touring as Newcleus. I’m finishing up a new Newcleus album, and I’m diving back into the house music scene.”