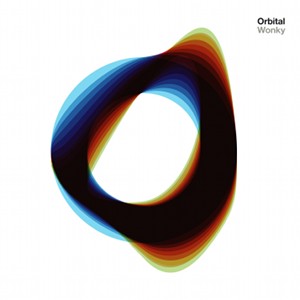 Eight years since their self-imposed retirement, and surfing the wave of a series of self-congratulatory live shows, Orbital are back with a new studio album. Following a slow descent into mediocrity, their well-publicised demise due to creative exhaustion in 2004 was mourned by few. But while it seemed the Hartnoll brothers were consigned to the bargain bin of dance music past, their appeal has endured, highlighted by Jamie XX’s decision to open his essential mix last year with the mournful ‘Belfast’.

Early signs of Wonky, their first full-length since 2004’s The Blue Album, were hardly encouraging. ‘Never’, released as a free download in October, epitomised the unnerving ability of post-In Sides Orbital to lose a good melody in a sea of trance cheesiness. Worryingly it makes an appearance here, but not before opener ‘One Big Moment’ reminds you why the duo still generate such affection amongst certain circles. The gentle chimes and overlapping philosophical vocal samples of the intro could have been lifted wholesale from 1994’s Snivilisation, but it soon lurches into a full-frontal assault of abrasive synth lines and off-kilter melodies, a juxtaposition of the cerebral and visceral that acts as a timely summation of the group’s 20-year career. ‘Straight Sun’ continues the theme, swerving between dramatic piano keys and mid-range wobble with just enough energy to convince sceptics that their comeback is a genuine attempt to push themselves forward creatively.

Ironically it’s this desire to catch up with wider trends in electronic music that results in the album’s limpest moments. In a recent FACT interview, the brothers revealed they laid out the LP as a wall plan before they started recording. The weakness of this approach to music making is apparent in the album’s structure, and it feels like they felt forced to crowbar in musical styles that sit uncomfortably with their own sound. So we have “the electro-house one” (‘Where Is It Going’), and “the dubstep ones” (‘Distraction’ and ‘Beezlebub’), all as cringe-inducing as you’d expect.

Perhaps it’s harsh to criticise a certified dance institution like Orbital for trying to sound relevant, and in fairness both tracks should slot into their live sets without too much fuss (in fact ‘Beezlebub’ sounds suspiciously like live-favourite ‘Satan’ remixed by a fan of Skrillex). Maybe the brothers should get points for still making the effort; ‘Stringy Acid’ is a harrowing glimpse of what could happen if they completely settled into festival-nostalgia mode. A track as banal as the title suggests, its looped synth strings and generic acid bassline are as welcome as an Altern8 reunion.

It’s left to the guest vocalists to rescue this uneven LP. Orbital don’t have a great track record of working with singers (their collaboration with David Gray on ‘Illuminate’ still gives me sleepless nights), but they’ve somehow managed to pick two of most exciting female vocalists in any genre and exploit their unique qualities in genuinely intriguing ways. Zola Jesus lends her nu-goth wails to the propulsive krautrock of ‘New France’, while the hyperactive chatter of Brummy MC Lady Leshurr perfectly compliments the 80s electro rhythms and fizzing pyrotechnics of the title song. In both cases the ladies inject an energy that is missing from the sanitised rave of filler tracks like ‘Stringy Acid’ or album closer ‘Where Is It Going’.

Wonky‘s title accurately describes the uneven feel of the last few offerings from this dance dynasty. While it’s unlikely to garner them a new generation of fans, as an exercise in generating fresh fodder for their festival sets it’s effective enough. The occasional glimpses of innovation just about justify its many flaws, and provide a rare argument for why – sometimes – it’s okay to refuse to age gracefully.