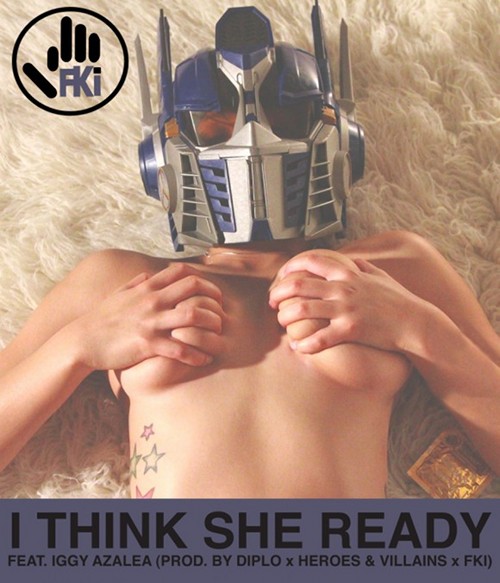 Time was when, if you saw something you wanted in a music video, you’d have to head down to the auction house.

No more. Digital company wireWAX have launched the world’s first ‘interactive shoppable music video’, designed to allow the viewer to shop as they watch. wireWAX allows programmers to tag people or objects in a video, and then have the tag follow them as they move. The tags can function as links, blurbs, apps, or videos. In this instance, they allow you to pick out items you like in the clip, then buy them at the click of a button.

The inaugural video is rap duo FKi‘s track ‘I Think She Ready’, with assistance from Iggy Azalea and Diplo (two musicians who’ve proved fairly divisive in recent months). Shamelessly consumerist as it is, the ‘shoppable video’ concept is actually pretty cool – a snazzier upgrade of those bothersome text bubbles on YouTube. Click on Diplo, for example, and you can then peruse (and, if you wish, buy) his Paul Smith trousers or Super brand sunnies.

In the words of wireWAX CEO Steve Callanan: “We believe the latest incarnation of software on the iPad will open the product up to a much wider audience and are really excited about the opportunities of merging taggable and touchable video technology. It’s clear to see that there is huge potential in the marketplace right now for this technology and that the possibilities for interactive taggable video are quite simply endless.”

You can watch the video at the wireWAX website.