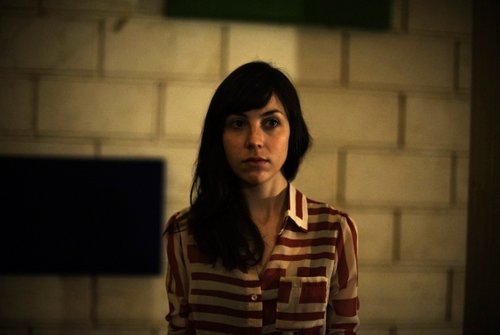 Compost and Height are hosting a Julia Holter track titled ‘A Gold Thunder’.

Holter sent the track to them in August 2010, and the label have now re-posted it for free download in light of her new album Exstasis.

It’s accompanied by the following text:

In Holter’s words, “The text is a phonetic translation into English of the sounds of the words of some Yugoslavian epic poems, but only so far as I could guess based on writing. I don’t think my song left much hint of any other language besides English, but maybe. Mainly I just did it to make the song, and was inspired by the idea of these Yugoslavian performers who would play for all nightlong for the bar crowd, improvising stories with their instrument on their laps.

“This song is a one-track live recording of me singing and playing ukelele and casio simultaneously, both on my lap.”