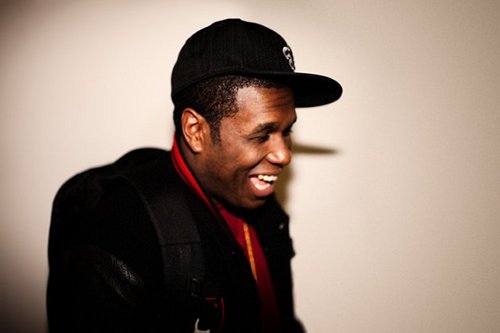 Since Jay Electronica won everyone’s hearts back in 2007 with Act I: Eternal Sunshine (The Pledge), he’s been a fairly elusive presence.

Act I remains one of the high watermarks of Noughties hip-hop, a beatless exercise in virtuoso lyricism set to extracts from the Eternal Sunshine Of The Spotless Mind sountrack. 2009’s incendiary ‘Exhibit C’ kept the heat up, and 2010 brought tidings that Jay Elect had signed to Roc Nation. Since then, the New Orleans MC has been, by and large, wedded to the shadows. As such, any new transmissions from camp Electronica tend to whip up a lot of excitement.

‘Dear Moleskine’ isn’t exactly new: the track was doing the rounds in truncated form way back in 2009. Nor does it sound it. Just Blaze’s production lacks some of his trademark spit’n’shine, and Electronica’s verses are distinctly demo quality affairs. However, even with the caveat that ‘Dear Moleskine’ plays more like an offcut rather than a new cut, there’s still plenty to enjoy.

Blaze’s instrumental is lush and soulful, a swirl of flute and guitar. It’s certainly less bombastic than ‘Exhibit C’, say, but the languid vibe suits Jay well. One of Jay’s principal gifts is his ability to sound serious without slipping into portentousness: He gets away with rhymes like ‘have you ever ever ever been depressed so bad’ in a way that Talib Kweli never could. Elect’s couplets, punchy and gnomic, are strikingly imaginative (“I’m just a sleepwalking robot that’s out of gear”). Whenever it dates from, ‘Dear Moleskin’ shows Jay’s productive partnership with Just Blaze continuing to bear fruit.

‘Dear Moleskine’ is streaming over at Hypetrak.