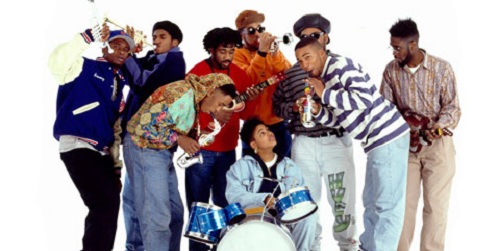 ‘Speaking In Tongues’ will follow the careers of the hip-hop collective.

Benny Boom, music video director of choice for many a rap star, including Nas and Waka Flocka Flame, is slated to produce a documentary about Native Tongues, the influential hip-hop supergroup formed in the late 1980s by De La Soul, the Jungle Brothers, A Tribe Called Quest, Queen Latifah, and others. The collective brought a more middle-class, bohemian approach to rap than what was otherwise available at the time.

Boom intends Speaking In Tongues to take a more celebratory, “respectful” approach than Michael Rappaport’s 2011 A Tribe Called Quest documentary, Beats, Rhymes And Life, which had a focus on internal rifts, much to the chagrin of some members of that group. The film, which will be directed by Omar Akil, is slated for a fourth-quarter 2012 release.

Read an interview with Benny Boom about the project here.