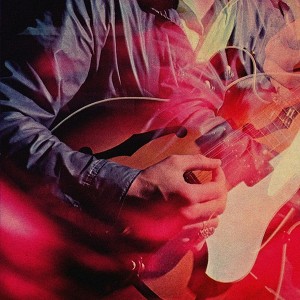 Available on: Italians Do It Better LP

“I wanted to bring it back to an album opener that says ‘rock ‘n’ roll can never die’. Because everyone’s using synths now”.

So says Johnny Jewel, speaking to Self-Titled about his decision to open Kill For Love with a dolorous cover of Neil Young’s ‘Hey Hey, My My (Into The Black)’. Beginning an album (or, for that matter, a review) with somebody else’s words is always a loaded statement. It can be a defensive gesture, a means of outlining one’s manifesto from the off (think Nas’ ‘The Genesis’, or Gang Gang Dance ushering in “everything time!”). Alternatively, it can be an aggressive act, an attempt to scrawl over somebody else’s legacy (The Weeknd’s shock cover of ‘Dirty Diana’ springs to mind). In light of the above quotation, Jewel’s decision to kick things off with ‘Into The Black’ comes over as deliberately arch, vaguely snarky, somewhat optimistic and – above all – extremely self-aware. It’s as good a way as any of describing Chromatics’ broader musical enterprise.

Citation has always been a central – the central – component of Chromatics’ post-Night Drive appeal. The band’s 2007 breakthrough LP offered a distinctive blend of Italo disco and post-punk: two decades of bruised pop music, glanced through a mirrorball, darkly. Night Drive’s genius lay in its ability to make familiar sonic motifs appear distant and disorientating. These glamorous Portlanders offered the atmospheric equivalent of a chromatic interval: they took recognizable sounds and deliberately knocked them a half-step out of joint.

Appropriation is as important as ever on Kill For Love. From the Loveless-a-like cover art, through to Alberto Rossini’s pastiche-y video trails, through to the answerphone messages that occasionally hove into earshot, Kill For Love is preoccupied with rifling through the past. Where this LP differs from its bolt-from-the-blue predecessor is that Chromatics have finally begun quoting themselves. The fuzzy guitar lines, lockstep grooves and prickly bass ostinatos will be heavily familiar to even casual fans. Similarly, Kill For Love’s recognisable blend of covers, instrumentals and originals suggests the band are deliberately working from Night Drive‘s solid template. Thankfully, Chromatics’ inflexibility only serves to remind the returning listener how effectively they’ve made this sort of sound their own. Even in the wake of Farah, Professor Genius et al, their approach somehow still sounds distinctive.

Kill For Love’s best moments see Chromatics perfecting Night Drive‘s eerie sense of ambiguity. The title cut has an irresistible hook, but it’s the disjunction between the stadium pomp of the music and Ruth Radelet’s dead-eyed vocal that makes the track so compelling. Similarly, the house-of-mirrors gender bending of ‘Lady’ is disorientating and beguiling in equal measure. Best of all is hands-down highlight ‘Back From The Grave’: a tightly-sprung account of a liminal space where “pleasure” deliquesces into “pain”, and the distinction between “mother, father, lover” is entirely dissolved. These songs are probably the best things Chromatics have put their name to. Each is a dual triumph of songcraft and sensibility, and a tribute to the band’s enduring methodology.

Chromatics’ schtick, however, needs to be applied with caution. Night Drive got the balancing act about right; Kill For Love, unfortunately, isn’t quite as judicious. As Themes For An Imaginary Film demonstrated, brevity isn’t always Jewel’s strong point, and Kill For Love would have benefitted from some careful editing. After the taut strut of ‘Lady’, ‘These Streets Will Never Look The Same’ totally dampens the mood. Jewel’s auto-tuned vocal, frail and mawkish, compares poorly to Radelet’s bedazzled croon. After three minutes, the groove has started to lose momentum; come the eight minute mark, things have become downright tedious.

Kill For Love matures with each listen, and there’s enough craftsmanship at work to more than compensate for the more listless moments. Considering how knowing Chromatics’ music is, the frustration engendered by the weaker sections might well be intentional: the sequencing draws you in only to leave you cold, enacting the same emotional journey outlined in Radelet’s lyrics. Still, it’s hard not to feel that, with a little more restraint, Kill For Love could have smouldered from start to finish. It is, after all, better to burn out than to fade away.