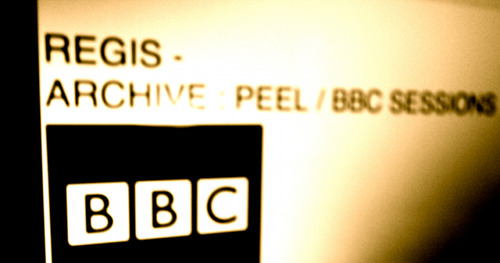 A general favourite of all things grotty in the techno world, Regis spent the ’90s making some of the genre’s gnarliest, heaviest records before teaming up with fellow Birmingham native Surgeon to form seminal group the British Murder Boys.

The next decade would see him develop his label, Downwards, into an imprint that deals with much more than just dance music (its latest signings, for instance, are post-punk legends Eyeless in Gaza), while also teaming up with Silent Servant and Function to create Sandwell District (now disbanded).

The great John Peel twice invited Regis onto his BBC Radio 1 show for a Peel Session; Downwards have now uploaded audio of both shows to download. You can read FACT’s in-depth interview with Regis, from Summer 2010, here.