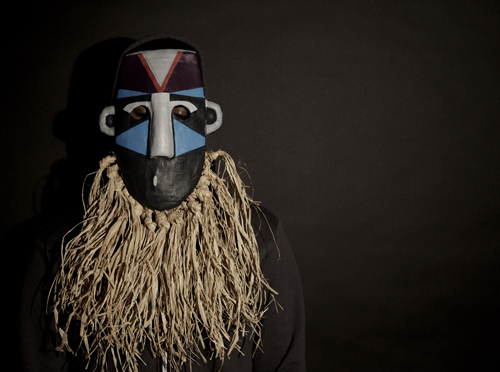 SBTRKT, masked Phantom of The Bashment, has reworked a track by Frank Ocean.

As Dummy note, the track emerged on SBTRKT’s Soundcloud, accompanied by the following disclaimer: ‘“made this edit to play at my williamsburg gig last week in NY. It’s nothing crazy. Just some beefed up production over an already dope track….”

Ocean’s original is a rollicking number, underpinned by rattling drums and needling digital bass. SBTRKT’s tweaks are fairly cosmetic: things are marginally busier, but the track’s mood and Ocean’s voice are left unmolested. SBTRKT goes all out on the knob-twiddling in the final furlong, but, all in all, it’s a touch-up rather than a overhaul.