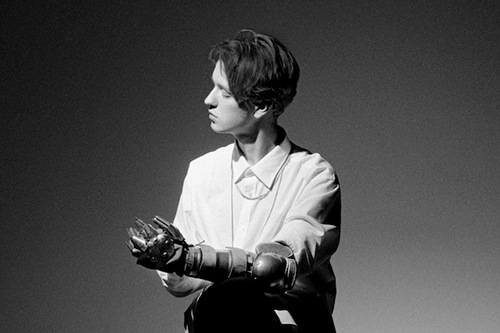 Earlier this year we reported that Night Slugs artist Jam City had teamed up with Oakland rap duo Main Attrakionz on the B-side of his next release for the label.

At the time, Night Slugs released a video for ‘The Courts (12″ mix),’ the A-side of that single, which you can watch below. In the accompanying blurb on the Night Slugs website, they also reveal that Jam City’s debut album will be titled Classical Curves and released in May.

Classical Curves seems to have been a long time in the making: Jam City first appeared on the radars of those that know in 2009, when he recorded a storming FACT mix and several of his early dubs started to appear in the sets of DJs like Bok Bok and Pearson Sound. In 2010, he released his debut single – a blink-and-you-missed it white label refix EP – and has since followed it with two records of original productions, ‘Magic Drops’ and the Waterworx EP.

UPDATE: Classical Curves now has a tracklisting, which you can peruse below. The Main Attrakionz track is set to feature as a bonus cut. Night Slugs are also hosting a listening party for the LP on April 25 at London’s East Village. Jam City and others will be taking a turn behind the decks – more details are available from the Night Slugs website.