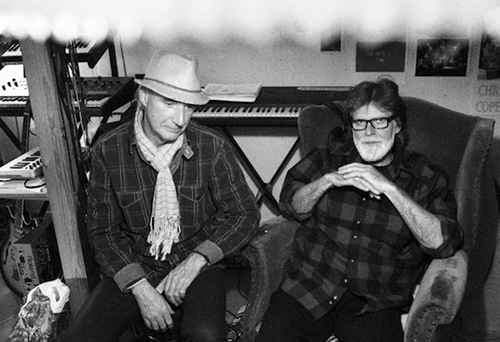 Laid Back remain one of the more chameleonic electro acts working throughout the 1980s.

The Copenhagen duo first met in the mid 1970, and secured a sizeable hit with the campy ‘Maybe I’m Crazy’ in 1981. They remain better known for their more electronic works: 1982 hit ‘Sunshine Reggae’ is something of a set text for the chillwave movement, and 1983’s ‘White Horse’ is a brilliant piece of early electro. Over the last two decades, the pair have ambled into the worlds of film-scoring and turned out occasional albums and single releases.

Laid Back are now set to release an EP of lost tracks and rarities, titled Cosyland. All the recordings date from 1981, and feature an array of contemporary equipment: a Roland TR-808, SH-101 and Pro-One synthesiser are among the kit on display. The spirit of the sessions was reportedly experimental and exploratory, and the tracks are inflected with a tangible sense of wide-eyed curiosity.

FACT have an exclusive download of ‘101 Part 2’. It’s a marvellous slice of early electro – propulsive, creepy and addictive. You can stream and/or download the track below.