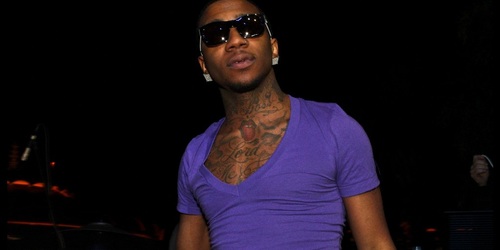 The piece uses speech synthesis to interpret the talk’s transcript.

Lil B’s address at New York University last week caused quite the stir in BasedWorld. Beforehand, it had everyone talking about the spectacle of such an unlikely booking. After the lecture happened, talk turned (at least until Hologram Tupac monopolized our Twitter feed) toward the intentions of Lil B, whose address bordered on a motivational speech, and his sold-out NYU audience, some of whom appeared to attend out of a misbegotten desire for a side-show. Now, one Portland-based producer has taken the rapper’s talk at the University as the basis for an ambient musical piece.

When the full transcript of the talk hit the internet, E*Rock, brother of Ratatat member Evan Mast, copied the text of the lecture into a speech synthesis program as a practical maneuver, so it could be read to him while he did work on his computer. He liked the program’s interpretation of the BasedGod’s mix of soothing language and goofy slang, and decided to compose ambient music as accompaniment. This rendering of the speech condenses the original hour-and-a-half lecture down to 43 minutes, but maintains the full content of the speech.

Lil B, of course, is no stranger to ambient spoken word projects, having released the stylistically similar 2010 album Rain In England and the Paint series of mixtapes.