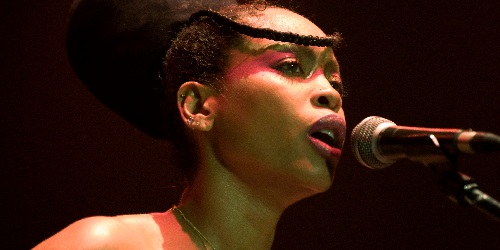 The singer intends to release a solo album and a project with the Cannabinoids.

Erykah Badu, arguably the queen of modern soul, is keeping busy this year. She’s working on the followup to her 2010 album New Amerykah Part Two (Return Of The Ankh), and wants to see its release by calender’s end.

The singer also intends to drop another project this year. That would be her work with the Cannabinoids, a beat-driven improvisational group based out of Badu’s hometown of Dallas, whose ranks include her musical director, R.C. Williams, and ‘On & On’ producer Jah Born.

Given Badu’s infamously flexible release schedule, it remains to be seen if both these projects will appear by the end of December, but one can only hope.

Check out a preview of what you can expect from the Cannabinoids below.