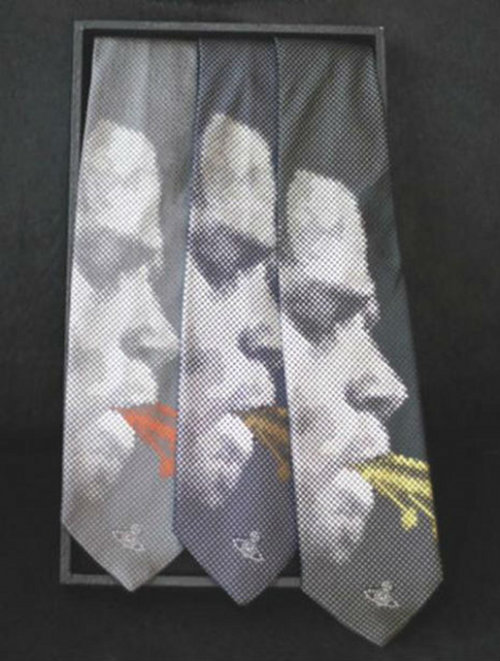 Forget baroque flourishes and orange – 2012 is officially the year of embrasure-chic.

As Dangerous Minds report, No Wave hero James Chance has been immortalised in necktie form. Vivienne Westwood has produced a series of ties featuring the irrepressible singer/saxophonist. The garments show Chance puffing on a saxophone in profile, with a selection of different coloured mouthpieces to choose from.

Chance rose to prominence performing alongside Lydia Lunch in Teenage Jesus And The Jerks in the mid 1970s. His later outfit, James Chance And The Contortions, remain one of the pre-eminent punk jazz groups. The ties aren’t yet listed on Westwood’s site, so the most committed fans might have a hunt on their hands.