The Band’s Levon Helm dead at 71 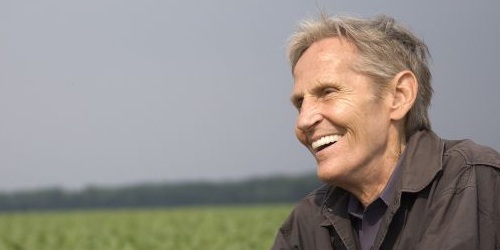 Helm was a drummer and vocalist for the long-running roots rock group.

Levon Helm, drummer, vocalist, and bandleader of roots rock group The Band, has passed away of throat cancer at the age of 71. He had battled with cancer since being diagnosed in 1998.

Helm was born May 26th, 1940 in Elaine, Arkansas, and was raised in that state, where he learned to play multiple instruments. While a teenager, he joined forces with four Canadian musicians, Robbie Robertson, Richard Manuel, Rick Danko, and Garth Hudson, to form a backing band for rockabilly musician Ronnie Hawkins. After parting ways with Hawkins, Levon became the leader of the group until the musicians were discovered by Bob Dylan, who hired them on as his own band. Besides accompanying him on live dates, they made a series of recordings with Dylan, known as The Basement Tapes, which were bootlegged and only officially released decades later. It was during this time that they started using the moniker “The Band”, nodding to their frequent role as background musicians for bigger names.

By the late ’60s, The Band and Dylan had gone separate ways and Helm’s group found themselves on their own. Using their newfound freedom, they recorded two widely acknowledged classic albums, 1968’s Music From Big Pink, alluding to their upstate New York recording studio, and a self-titled 1969 LP. These records found The Band taking a communal approach to music-making, with all members sharing duties, and stepping away from contemporary rock trends to explore the origins of rock and roll. After a few more albums and a 1974 reunion with Bob Dylan, The Band played a star-studded 1976 farewell concert in San Francisco, documented by Martin Scorsese in his concert film The Last Waltz.

Helm then began a solo career, inviting famous friends including Booker T. Jones and Dr. John to work on his albums and joining the first incarnation of Ringo Starr’s All-Starr Band. He also took up acting, featuring in Loretta Lynn’s Oscar-winning 1980 biopic Coal Miner’s Daughter and 1983’s The Right Stuff, about the U.S. Space Program.

The Band reconvened in 1983, but Robbie Robertson sat out. Helm’s group face adversity during this time. Tragedy struck when Richard Manuel hung himself in 1986 after a performance, and Helm charged that Robertson had claimed sole credit for song collectively written by the group. In 1998, Helm was diagnosed with throat cancer, which, after over a decade of struggle with the disease, led to his death earlier today.

Listen to ‘The Weight’ from The Band’s classic Music From Big Pink, featuring Helm’s lead vocals and drumming, below.