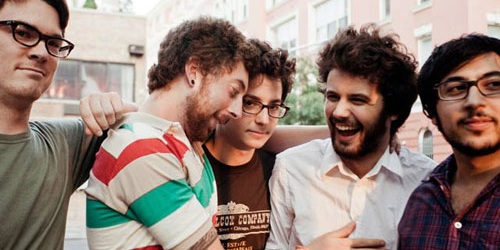 Gossamer will be released in July.

Electronic pop band Passion Pit have announced their new album Gossamer, the followup to their 2009 debut, Manners. The LP will arrive July 24th on Columbia.

They’ve also announced a tour coinciding with the album, which will touch down in North America, the UK, Japan, and Singapore, mostly made up of festival dates. That trek kicks off on May 1st in upstate New York at Geneva, and comes to an end in Los Angeles on August 9th.