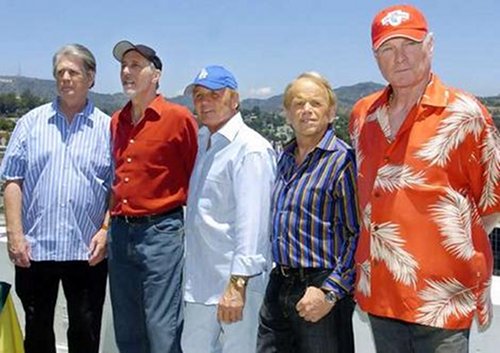 Big news, surf-pop fans: all four surviving members of The Beach Boys are working on a new album.

After all the well-documented fallouts and meltdowns, we’d all but given up on the idea of a new Beach Boys record ever emerging. According to reports over at The Guardian, however, the band are currently close to completing a new studio album. Brian Wilson, Mike Love, Bruce Johnston and Al Jardine are all set to contribute songs and vocals to the album. Guitarist and long-time associate David Marks has been drafted in to replace the late Carl Wilson.

Johnston has stressed that the forthcoming record is a proper team effort: “It’s not a quilt or a pot-luck dinner; it’s not like, ‘OK, everybody show up with your songs.’ It’s not one of those kind of albums … It’s all brand new. This album has elements of everything”

The band are set to release a new(ish) track in ‘zinepack’ form on May 1. The song is a revamped version of their 1968 single ‘Do It Again’. The first single proper from the album will be titled ‘That’s Why God Made The Radio’. The group are also about to embark on a 50th anniversary reunion tour. In case you hadn’t been counting, the last Beach Boys albums were 1992’s poorly received Summer In Paradise and 1996’s country excursion Stars And Stripes Vol II, making this their first new material in some time.

The as yet untitled LP is due on June 5.