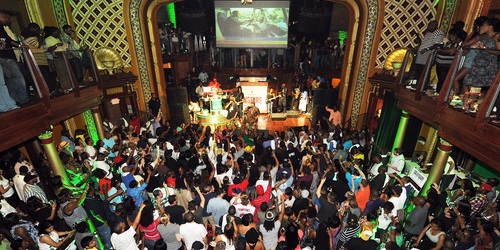 When it comes to music, Atlanta and Oslo got firsties. That’s what a study by researchers at University College Dublin claims to show. They used online data gathered from last.fm to examine which cities most influence musical tastes.

The study used 60 billion points of data from users of the listener-driven social network in 200 major cities, the information spanning the years 2003-2011. The researchers used a statistical analysis formerly used to determine leader-follower relationships in pigeon flocks, which allowed them to show which cities were early adopters that influenced the musical tastes of other cities.

In the US and Canada, Atlanta leads the pack, with Chicago, Montreal, and Pittsburgh following. Atlanta is also the number-one city for hip-hop, while Montreal leads for indie music. In Europe, the Scandinavian outposts of Oslo and Stockholm are the most influential, followed by Hamburg, Dublin and Birmingham, with Oslo, Dublin, and Madrid as the top indie tastemakers. Surprisingly, large cities such as New York, London, Paris, and Los Angeles fall toward the middle of the pack, tending to be more influential on indie music than popular music overall.

The charts below, from the study, shows leader-follower networks in the 20 most active cities in the US/Canada and Western Europe, respectively. 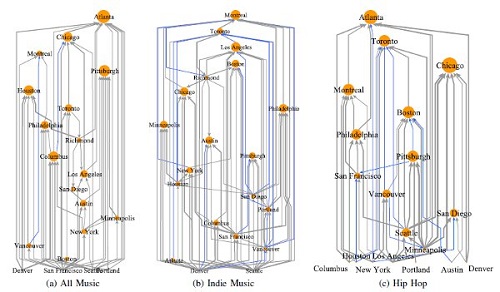 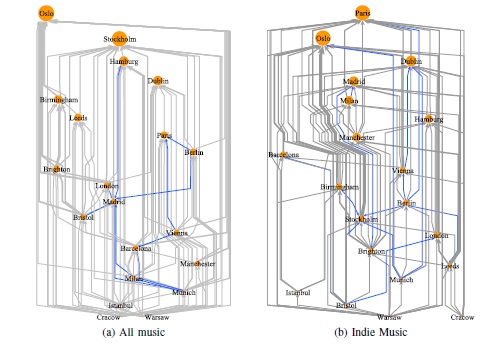