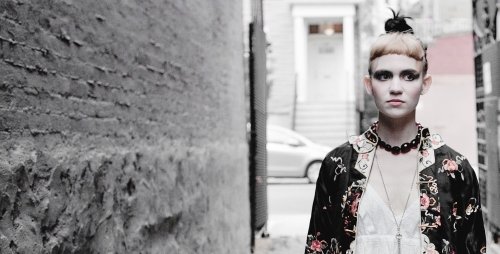 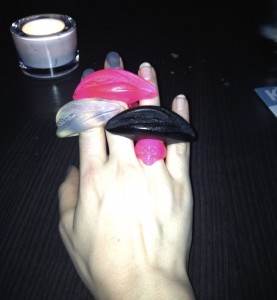 As Pitchfork report, the range is a collaboration between Grimes and fellow Montreal native Morgan Black. Their first creation together, “Grimes Pussy Rings”, can be viewed over to your right – and yes, they do what they say on the tin.

Grimes also, it seems, is a bit of a football fan – or at least a fan of one footballer in particular. According to an email from her father to her manager (posted on Grimes’ Twitter), Grimes’ favourite player is Chelsea and Ivory Coast striker / charity power-house / occasional dying swan impersonator Didier Drogba, and her dad doesn’t fancy Drogba’s chances of lifting the Champion League trophy next month.

Maybe Didier could star in Grimes’ upcoming video for ‘Genesis’. He’d probably be pretty good as a  zombie angel.