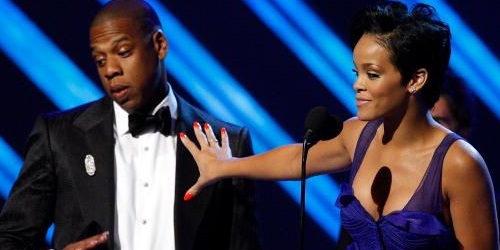 The two acts will perform at the event associated with the 2012 Olympic Games.

Jay-Z and Rihanna have been tapped to headline the BBC Radio 1 Hackney Weekend, the premier musical event of the London 2012 Olympic Games’ cultural festival. The Hackney Weekend will take place June 23rd-24th, a month before the Games. Other performers at the event, which is estimated to draw 100,000, include Jack White, David Guetta, Tinie Tempah, and Florence + the Machine.

The larger Olympic cultural festival will take place at venues all over the UK. “There will be absolutely something for everyone: from Beethoven to Jay-Z, from Shakespeare to Mike Leigh,” British Culture Secretary Jeremy Hunt says of the events.

Blur, New Order, and the specials have already been announced to play a “Best Of British” showcase on August 12th, to mark the end of the Olympic Games.