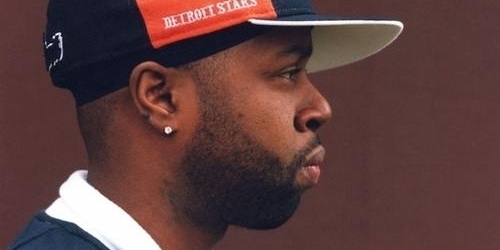 Maureen “Ma Dukes” Yancey is meeting with the man who discovered the collection.

Maureen “Ma Dukes” Yancey, mother of the late hip-hop producer J Dilla, is meeting today with Jeff Bubeck, the owner of Detroit-era record store UHF, who claims to have acquired a large stash of records that once belonged to her son. Sales of the vinyl, which first hit the shelves on this past Saturday’s Record Store Day tagged with stickers identifying them as part of Dilla’s personal collection, have been halted while Yancey verifies them. The producer’s mother wishes to create a certificate of authenticity for the records, while Bubeck has offered to donate part of the proceeds from their sale to Dilla’s family and the J Dilla foundation, an organization Yancey founded to help patients with lupus, the cause of Detroit producer’s 2006 death.

Yancey confirmed that J Dilla kept a large part of his record collection at a storage facility in Clinton Township, where Bubeck bought the lot. She says that she shipped some of the late producer’s most prized records to L.A. in 2004, after he moved there, but many more had remained in the storage unit.

As for the backlash against Bubeck that has spawned on the internet in the wake of the news that he is selling the cache, Yancey will have no part, saying, “I’m not upset. I feel like it was a blessing if they really are Dilla’s. I’m not angry about it at all. I’m grateful. [Bubeck] has done nothing wrong, he just acquired something that seemed to be useful to a lot of people.”

Of the other belongings that were acquired with the records, including beat tapes and lyric books, Bubeck says they were “never and will never be offered for sale.” He plans to return these items to Yancey.

[via The Detroit News]