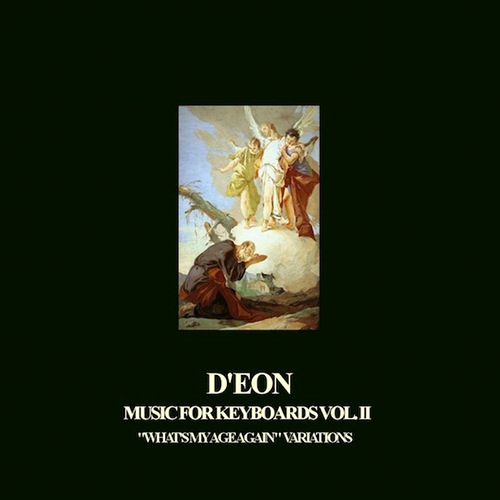 d’Eon’s freebie release Music For Keyboards Vol. I was an unexpected treat.

Flung up onto the web back in early March, Music For Keyboards was a delightful collection of ambient dainties. Vol II is an unexpected treat in two senses. As per the last release, it emerged online with little warning or fanfare. Unlike its predecessor, Vol II consists of fourteen solo piano arrangements of Blink 182’s ‘What’s My Age Again’.

Schitzy as the concept is, d’eon keeps a straight face throughout the set. There’s less timbral variation that the first instalment in the series, with d’Eon sticking to the same keyboard presets throughout. Despite its pop-punk provenance, Music For Keyboards Vol. I is a pristine treat. You probably won’t be reaching for your mottled copy of Enema Of The State, but don’t be surprised if you find yourself tipping a hat to the Canadian avant-pop crackpot.

You can stream the record here, courtesy of Stereogum. Alternatively, download the album here.