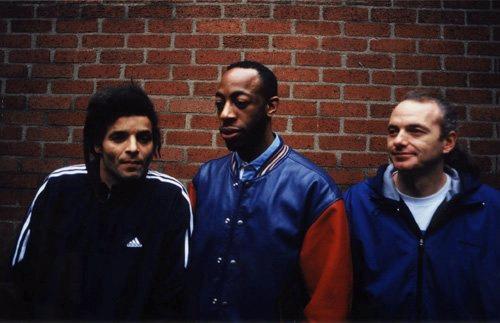 
OK… “the Bristol sound”, Wild Bunch soundsystem, the near chart hits with Bacharach covers ‘Walk On’ and ‘Anyone’, production of a real chart hit in Fresh 4’s “Wishing on a Star” (featuring future stars Krust and Suv), a disastrous major label deal, the dubwise Steppers Delight EP tracks which got played massively sped up by rave DJs, thus contributing to the birth of jungle… All of these parts of the Smith & Mighty story are well documented.

But Rob Smith, together with writing/production partners Ray Mighty and Peter D Rose, has never let up on his prolific musical output in over a quarter of a century, and neither has he stopped evolving. He could rightly claim to be the connecting factor in the Bristol bass scene over the years, having worked with pretty much every main player, up to and including his releases as RSD on the city’s key dubstep labels Tectonic and Punch Drunk. And in the years between the forging of the Bristol Sound in mid-80s soundsystem parties and the rise of dubstep, he forged a lot of connections and made a lot of fascinating sounds beyond the local scene to boot.

As the Bristol Archive imprint prepares to release The Three Stripe Collection 1985-1990, a CD/DL/2xLP set compiling the finest early output of Smith & Mighty’s seminal Three Stripe Records, Joe Muggs selects 10 lesser known tracks that cut to the quick of what made this production unit so special. 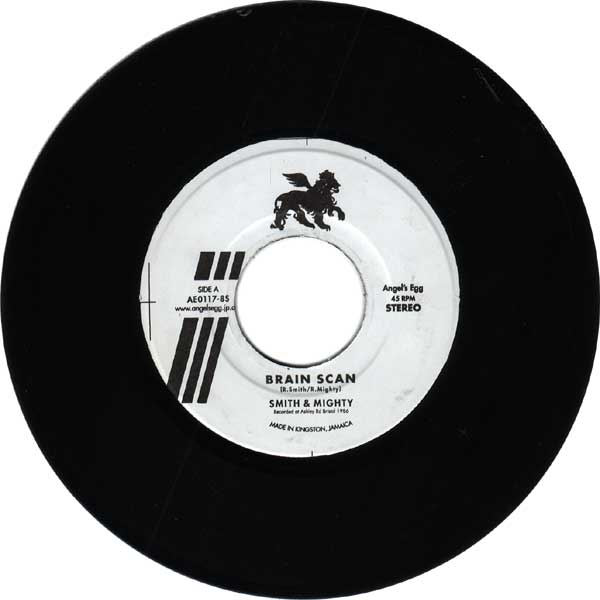 The elements are all here: hip hop, soul, dub reggae, and a particular industrial-psychedelic edge that has always saved S&M productions from over-slickness. Sonically this track resembles contemporaries like Cabaret Voltaire or Tackhead, but there’s none of that arch eighties rigidity that makes so much industrial/EBM sound dated. In its place is a reggae-inspired sense of rhythm that comes in waves, an interplay of programming and echo that rolls in a manner eerily prescient of rave and jungle that would follow many years later.

In that bouncing bass tone you can hear a strong influence from Mantronix which would come through again and again in S&M’s creative flowering in the late 80s – a sense that hip-hop and electro were about songs as much as about rhythm. Oddly for a band coming from soundsystems, and for what is essentially a dub track, the one thing lacking, something that would only gradually creep into S&M’s records, is sub-bass. 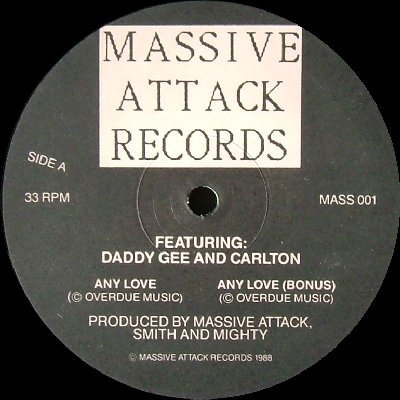 Before Massive Attack found their own sound, before Daddy “Gee” was even a member, came this: co-produced by Smith & Mighty, and really sounding far more like a S&M groove than like anything that would follow in Massive’s development. It has the exact formula of S&M’s biggest hits, ‘Anyone’ and ‘Walk On’, of the same year: a classic song (in this case Chaka Khan & Rufus’s) radically re-sung, cut-and-scratched sample collage beats, and vast chasms of wide open dub space. It’s really roughly pasted together, the tuning frequently clashes, the samples are huge and flagrant, but it gives such a sense of liveness, of singers jamming with DJs on the fly – with the song itself just another repurposed piece among many – that it’s hard not to get swept up in its spirit of ad hoc creativity.

This was the raw flipside of what Soul II Soul created from similar scenarios around this time, and while Massive would go on to much more sophisticated things, the spirit of this track echoes on through everything S&M did. 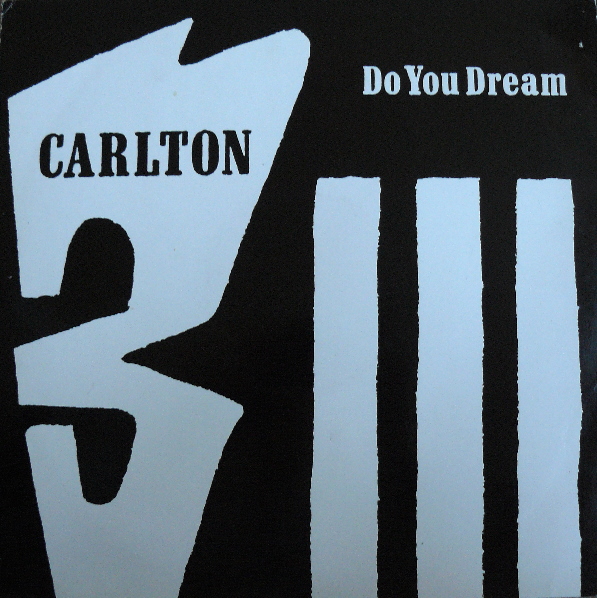 Bristol singer Carlton McCarthy’s The Call is Strong album, all produced by Smith & Mighty, is something of a lost classic, a proper piece of individualist urban rave blues up there with Nicolette’s 1992 Now is Early. S&M’s beats span new jack swing, Balearic expansiveness, the very earliest breakbeat hardcore, digital reggae and other less definable areas, while Carlton’s rich and thoughtful croon is entirely individual and equally unconstrained by genre.

‘Do You Dream’, whether with the airborne breakbeats and echoing pianos of the album version, or the string-laden vintage deep house chops of the single, is a unique and very British piece of dance music, unbeholden to any clichés of dance music structure as it unfolds and meanders along at its own pace, drawing you into its pensive meditations. 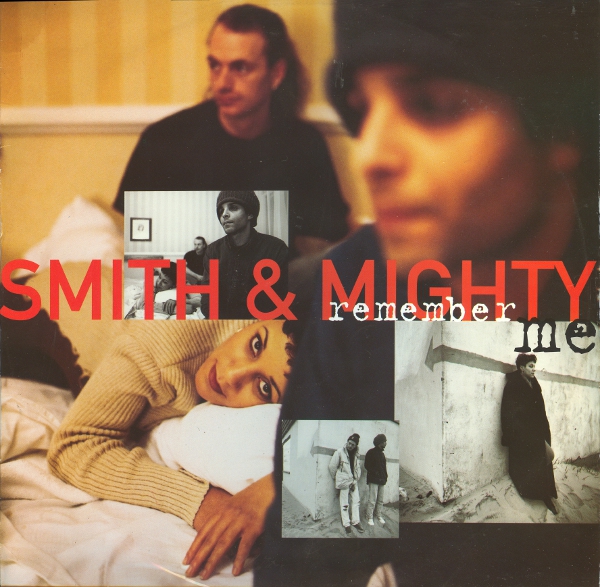 The original mix of this is fine, transforming Diana Ross’s ever so slightly kitschy 1970s Motown original into an easygoing space-rave roller, but this remix is the one. It perfectly joins the dots between various sections of the UK’s soulboy continuum – S&M’s own blues party fusions, Frankie Foncett’s background in the pre-rave London warehouse parties that made stars of the likes of Norman Jay, and the UK garage movement that was just beginning at the time.

The remix is exactly on the cusp of the British garage sound’s emergence from its roots: the Tony Humphries shuffle, organ bass and lavish string/piano parts given a turbo boost of rave energy, and running through it all is S&M’s natural skill at making an old song sound new and for making deep melancholy fuse with dancefloor energy. One to make your heart swell, your hips twitch and whole crowds’ hands involuntarily reach for the sky. 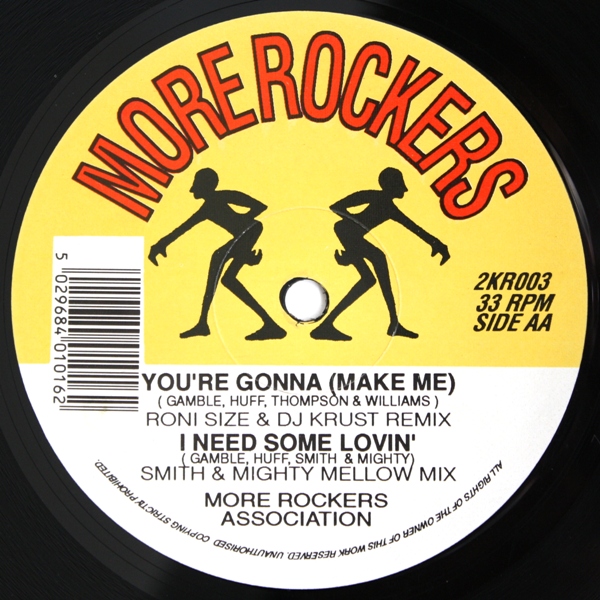 There are a dozen other More Rockers tracks that deserve to be in this list, not least the joyously addictive skank of ‘Gimme More Rockers’, so it’s maybe perverse to pick another remix by somebody else. But this gets in for two reasons.

1) It’s perfectly illustrative of how inspirational S&M’s ability to flip a track in unlikely ways is: the Jones Girls’ Philly disco-funk ‘You’re Gonna Make Me Love Somebody Else’ pushed up to jungle tempo turns from bittersweet to fiercely accusatory, practically becoming another song entirely. 2) The remix it inspired Size and Krust to turn in is – at the very least – in the top 5 best vocal jungle tracks ever made. It’s a pinnacle both for lunatic rhythmic invention and for titanium-steel production power.

It’s got the lot: light and shade, almost painful tension and release, soaring highs and vertiginous drops – a proper rollercoaster of a tune. If this one doesn’t tingle your spine, you’ve got neurological issues. 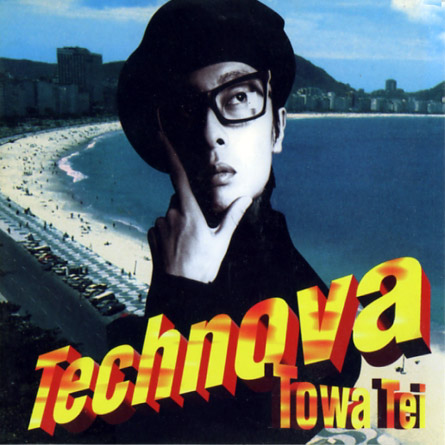 Unsurprisingly, given their facility with other people’s samples and songs, Smith & Mighty were excellent remixers too, turning out great versions for everyone from Beats International to The Ruts, and even having a brave stab at making M People bearable. Here, they effortlessly proved they could match anyone in trip-hop for headphone voyager tunes.

The Deee-Lite producer’s original track was a snappy, urbane bit of bossa-nova beat, but the remix turns it epic in scope – Japanese instrumentation, echolocation bleeps, monumental bass tones and a floating-in-space breakdown that veers into Don Cherry territory, all adding up to a kind of sci-fi cosmopolitanism a million miles from the homogenised ethno-washout that all too often passed for smokers’ music at the time.

As ever with their productions, it’s all about the separation of sounds – the sense of size and distance between that massively present bass and the far distant subliminal instrumentation gives a sense of immersion, plunging you into an opiated dream of future cities. 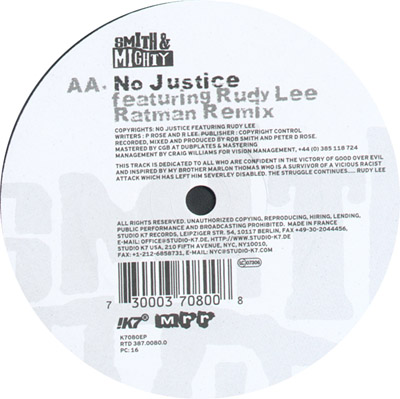 It gets a bit confusing here, as writing and production are credited to Smith and Peter Rose, making it in theory a More Rockers record rather than Smith & Mighty, but no matter. This is a righteous piece of junglist dub featuring intense string drones and licks of spaghetti western guitar, with Rudy Lee’s sufferers’ lyrics – “the reason why the system is unjust / is because it’s not made for us” – providing an explicit expression of the sense of soundsystem music as a galvanising call to arms which you can hear to various degrees in pretty much any Rob Smith production (see RSD’s awesomely stirring ‘Forward Youth’ for a more recent exemplar).

At a time when drum’n’bass had pretty much turned in on itself, straightened out its beats and (Congo Natty aside) all but lost its reggae heart, this kept the art of the roller alive, the breaks dancing around the bass tones instead of ploughing relentlessly forward, and the dub echo and delay opening up space, letting the track breathe even as the bassweight emphasised the oppression described in the lyrics. 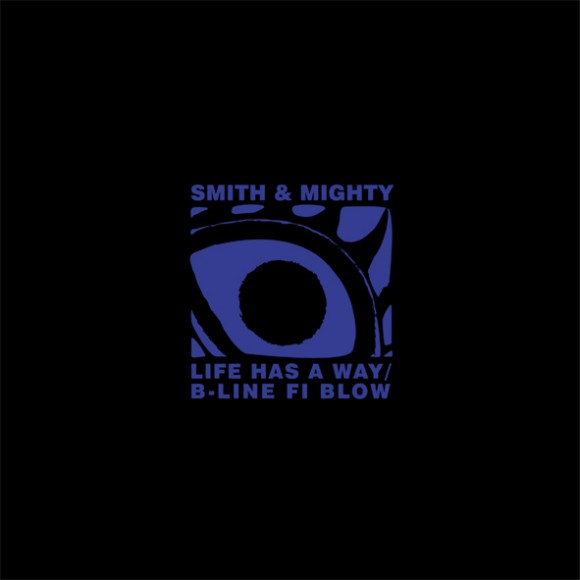 The Life Is… album has a few misfires, but it showed S&M reaching full maturity in frequency manipulation and contains several classic tracks, most notably this monumental bit of 2-step garage with a lazily sinister dread vocal. Its warping, liquified bass tones, pitch-shifting rimshots and the shuffle of its subliminal background breaks are the match of anything of the time from Horsepower Productions or the Ghost camp, and it’s proof positive – as if it were needed – that Bristol was primed and ready for the arrival of dubstep proper.

It’s both completely of its moment and tied into much longer, deeper historical musical flows, shot through with the electrofunk, psychedelic and dub expertise that’s been there from the start of S&M’s production. It still sounds glorious, can still tear up a party, and it’s no wonder at all that Peverelist picked it for re-release for the dubstep generation to appreciate. 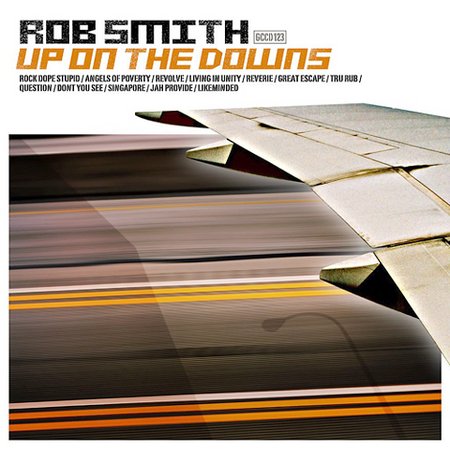 Smith’s solo album Up on the Downs is the moment when the low frequencies truly came into their own, not just in terms of volume, but virtuoso control of their tone. Not that there wasn’t always a dub-head’s tendency to lead with the bass, but whether it was improved technology, the confidence of experience, or just natural evolution of his sound, something made him really cut loose here, and the sub-bass sounds here are truly something to behold, looking forward to his dubstep-influenced work as RSD.

The unfeasibly funky breakbeat dub ‘Tru Rub’ is the party rocking chest-rattler of the collection, but it’s the exquisite ‘Singapore’ that bears the most repeat listening. The same sense of intercontinental urban sophistication as in the Towa Tei remix comes out again, in a more high-tech setting – it feels like something from a William Gibson novel, complete with city ambience, angelic female voices, strange laughter and a sense of heat and humidity. This is how 21st century dub was always supposed to sound. 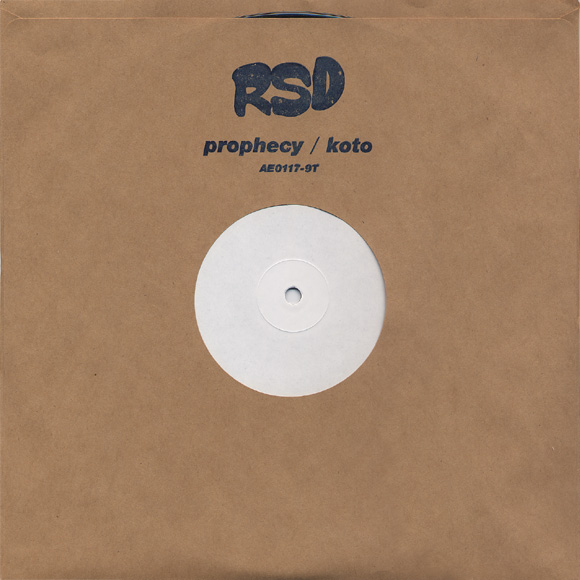 As RSD, Smith has kept rolling out the stone-cold classics (‘Pretty Bright Light’ and ‘Forward Youth’ for two), but ‘Prophecy’ is easily up there with the best of them. And it continues his Far East obsession: it featuresJapanese singer Likkle Mai, was released on a Tokyo label, and has a B-side, ‘Koto’, built entirely around a traditional Japanese instrument. But it’s also pure dub; not dub with Japanese elements but dub entirely of a piece with the sounds that it uses, once again showing Smith’s ability to draw together the sounds he’s immersed in without ever resorting to wishy-washy fusion.

It also brings us full circle in a sense, riding a rhythm pattern that really isn’t that far from ‘Brain Scan’, but all grown up: bigger by several orders of magnitude, prouder and more certain of itself. It’s learned from dubstep for sure, but is full of Smith’s production signatures, showing that dubstep has a lot to learn from him too. Dubstep’s fans seem to agree, and he has become a hero to the hardcore – as you can tell by the fact that you’ll be lucky to find this for less than £30.