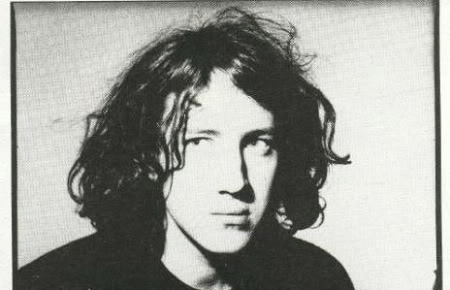 Kevin Shields has made some interesting claims about Sony, and how the label got in the way of him remastering Loveless.

The 1991 classic by Shields’ group My Bloody Valentine will be remastered and reissued on a double-disc format this month. As fans of the group know, a follow-up to Loveless has been mooted for the best part of 20 years, but has never materialised. Received wisdom tends to put this down to Shields’ perfectionism – or, simply, his inability to finish any My Bloody Valentine material post-Loveless – but in a new interview with Pitchfork, Shields claims that”the only reason I’ve got the reputation for delays and spending a long time on things is because I just don’t stop [fighting major labels for rights].”

“Ownership and control is important, because if you don’t own what you do, all sorts of stupid stuff happens to it, and people spend good money on garbage”, Shields explains. “For example, in America, Warner Bros. licensed Loveless and Isn’t Anything to Plain Records, and they basically just ripped [the audio] off the CD and put it on vinyl [in 2003]. They did an awful, terrible job. It was done without my permission, and the sound quality was 100% wrong. It was a rip off to anyone who bought it. But I didn’t know anything about it until they were in the shops. We actually got an injunction against it being imported into the UK at the time because it was technically a bootleg but, in America, Warners operate under their own law, so it might have been slightly legal in the United States.

“Also, you don’t get paid if you don’t own it– you know, we’ve never been paid one penny from the United States from any of the records we’ve ever made. In the record company’s world, we’re always in debt. But the strange part of the story is Loveless alone sold enough copies in its first year to put us out of debt. But somehow Warners have managed to create a situation where, hundreds of thousands of records down the line, we’re still in debt. That’s why the compilations aren’t coming out on Warner Bros. They’re extremely in breach of contract as well at the moment.”


“Sony behaved very badly again – like most sociopathic companies do, they can’t help it”

The most remarkable claim that Shields makes is that in 2002, when he wanted to start working on the remastered Loveless and Isn’t Anything, Sony purposely hid the master tapes for the record.

Shields: “We decided to do Isn’t Anything and Loveless as well– if we’re gonna remaster [the EPs], we should remaster everything. In 2002, I tried to start working on it, but the studio that had the tapes, Metropolis Studios, lost them; the analog multi-tracks were all missing for a year. Only after I started threatening to get Scotland Yard involved did they magically, suddenly reappear. The true story is as yet to be determined, but we’ll fight that one out in the near future.

“That took us to 2003. And then Sony fell into complete breach of contract due to various issues, and it took until last year to fully sort it out. In the meantime, I started the work anyway in 2006, and I completed it in 2007– those are the ones [that leaked] on the internet, that was the near-completed work. And then Sony behaved very badly again– like most sociopathic companies do, they can’t help it– and I had to re-adjust the situation until it was slightly fair again, and that’s why stuff is coming out now.

“The contract we did in 2001 basically gave me ownership of the tapes, and then the Sony regime that existed when that contract was signed left. And when the new regime came in, the tapes disappeared. That was relevant because even though I was the owner, it would only revert back to me if I remastered from the original tapes– if the tapes were gone, I couldn’t remaster from them and hence I couldn’t ever own them.”

Sony’s response to Shields’ comments is simply “We have really enjoyed working on these hugely iconic re-issues with Kevin, and can’t wait for the release.”

In some positive news, Shields does also reveal that these latest My Bloody Valentine re-issues will see a vinyl release, a few months after the CD edition. Oh, and there’s the small issue of him now claiming that the long-awaited Loveless follow-up will drop this year.